Writer’s Block and the Creative Process:

It’s been over a month since I finished the first year of my PhD. I had planned to take a few days off for our trip to Nashville and then hunker down to build up content for my website. I imagined myself deep into it, writing with a passionate focus like an artist deeply immersed in her craft. Yet the days were passing me by and I hadn’t wrote a thing… not..one..word.

The thing you should know about writer’s block or any creative block really, is that it directly pushes back against the artist or writer’s desires and motives to create. Understand that it is not out of laziness or disinterest – In my case I wanted to write; it was on my mind daily. Yet I still felt an aversion to doing it. I would get really great ideas at the most inopportune moments and they would simply float away. I was unable to translate my ideas into words, and my words into art. It was utterly exasperating. This is the first phase of Writer’s block: frustration. Then after a period of time, the anxiety and self-doubt starts to slowly creep in. Am I really cut out for this? Is my writing good enough? As a PhD student, my future livelihood depends on my writing; if I can’t write, then what?

Just when I started to get down on myself, the universe reminded me that everything is a process. On this particular morning, I decided to watch a TED talk online, in attempts to infuse myself with inspiration. A talk by Elizabeth Gilbert (author of international bestseller ‘Eat. Pray. Love’) popped up on my screen and I hit play.

Very candidly, she spoke about what it is like to move forward in one’s career after having such a large success. Basically, with humour she divulged, “The biggest success of my career is now behind me” and continued on to describe how countless individuals had approached her to ask “now what?”; or “aren’t you scared of never being this successful again?”. Would you be surprised if I told you these were the same questions people had asked her when she was a young, budding writer? “Wasn’t she scared?”; “What if she never found success?”.

Why do we do this? It’s as if those who veer off the path of what is considered “typical” or “safe”, are shroud in inconspicuous questions of doubt and negativity. Liz wondered aloud if perhaps this has contributed to the demise of some of our great creative minds over the centuries. Is it a coincidence that writers and artists are some of the largest populations affected by mental illness?

She decided she needed to explore this and whether there exists a protective psychological construct for the anxiety surrounding the production of creative work– to help creative people manage the inherent emotional risks they are taking by sharing their work.

Interestingly, she learned in ancient Greece, creativity was not thought to be a human quality, but was actually imparted by the divine gods or ‘Damons’, who spoke their wisdoms to the artist from afar. This was also alike the ancient Romans, who called this divinity a ‘genius’, or a magical entity believed to live in the walls of an artist’s studio (kind of like Dobby the house elf from Harry Potter).

Eventually, somewhere along the lines, the ‘Damon’ or the ‘divine genius’ who helped to shape the outcome of the artist’s work, shifted to being qualities of the human – the creative person became the genius. The pressure, the responsibility and the vulnerability were now burdens of the individual, and the judgement from others was now focused on the caliber of their creative talent.

In reality, I don’t believe I have a friendly elf helping me to write, but I do believe in what philosophers have described as ‘graced moments’: In reaching a state of flow, great ideas seem to emerge from out-of-thin-air, gliding forward into a seamless current of creative work. Other times, these moments are just a small seed planted, slowly blooming into a big idea.

From writer’s block, to the pendulum swinging to strange epiphanies and beautiful moments of clarity, Liz reminds us the creative process does not always occur linearly, or rationally; this is why it is a process.

So whether you are a blogger, photographer, novelist, painter, designer, poet, or your craft lies in a completely different realm, be kind to yourself and to your fellow people. Let’s leave behind the judgement; we don’t know the struggle that can occur behind closed doors. Life happens unexpectedly, placing us all on unique paths. Just because someone else’s journey or destination may be different than yours, doesn’t mean they are wrong or they are lost: maybe they just have a different process. 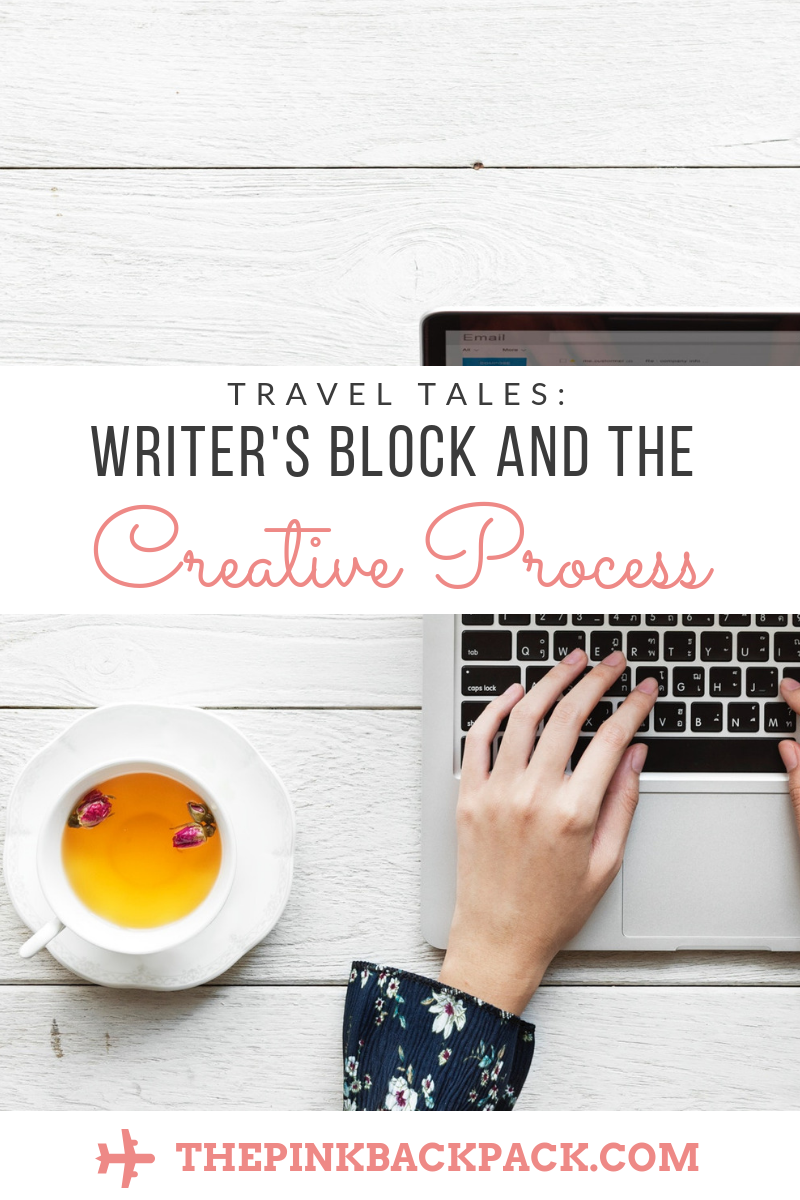 The Everyday Struggles only a Traveller will Understand