The sun hadn’t quite risen over the peak of Kilimanjaro. Its presence was concealed by billowy streaks of ashy grey clouds. The camp was suspended in stillness, but the surrounding savannah had come alive, like a heartbeat, drumming each moment forward.

A low hum vibrated through the mist as the honeybees began to stir; though I couldn’t see them against the dimly lit horizon, their presence was strangely comforting. A songbird swooped from a nearby Acacia tree, harmonizing with the chirping crickets and croaking bull frogs. 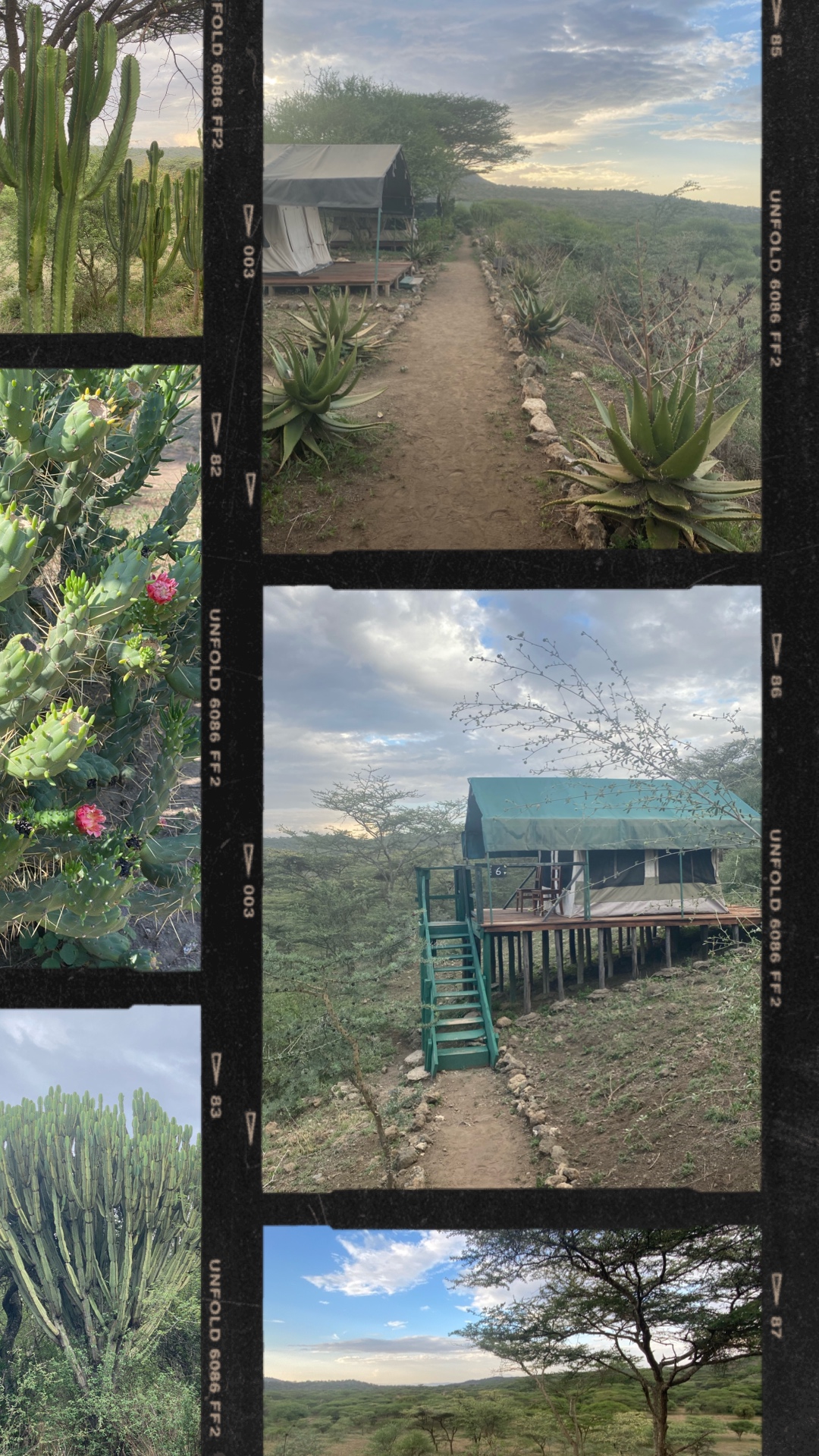 I’d already snuck to the communal area to fill my French press with hot water, returning to the serene plank-wood terrace outside my canvas tent. The luxury of sipping on coffee, slowly awaking alongside nature, is a treasured and often rare occurrence in my life.

You see, I’ve lived most of my existence in urban areas, where its more common to hear an ambulance blare down the road than it is to revel in the simple, yet profound environmental ornaments I’ve come to cherish: the stars and the moon, morning birds and the sound of rain.

It was this exact reason that I’d agreed to come to Mkuru, a rural area 50km from Arusha. I felt a deep longing for nature, perhaps shaped by an undercurrent of uncertainty of where exactly I fit amongst it. The fellow wanderers might understand this tension: a feeling as though you belong both everywhere and nowhere in particular.

We planned to go on a bush walk after breakfast, before the midday sun would scorch across the parched plains the locals called ‘Maasailand’. The Maasai peoples who’d been living in and cultivating this area for centuries live in harmony with the environment and its changing seasons, supported by ancestral wisdom passed down from one generation to the next.

I on the other hand, certainly did not have this tacit knowledge. I hadn’t exactly adequately prepared for the excursion and was struggling under the enormous weight of my backpack, while nursing a fresh sunburn and sore legs from the preceding day of hiking.

Our guide Amadiwe made it look easy. While the terrain we now traversed was flat and relatively free of obtrusive obstacles I might trip over, it was as if he just moved lighter than us foreigners, like gliding on air.

Amadiwe grew up in the Mkuru Maasai community and knows the bush like the back of his hand, sharing that for many Maasai men, bush walking is just a part of everyday life. Many walked miles each day to herd livestock to the nearby dam for drinking, or farther away to graze from the surrounding mountains, like Oldonyo Landari, the menacingly steep peek we summited the day before. 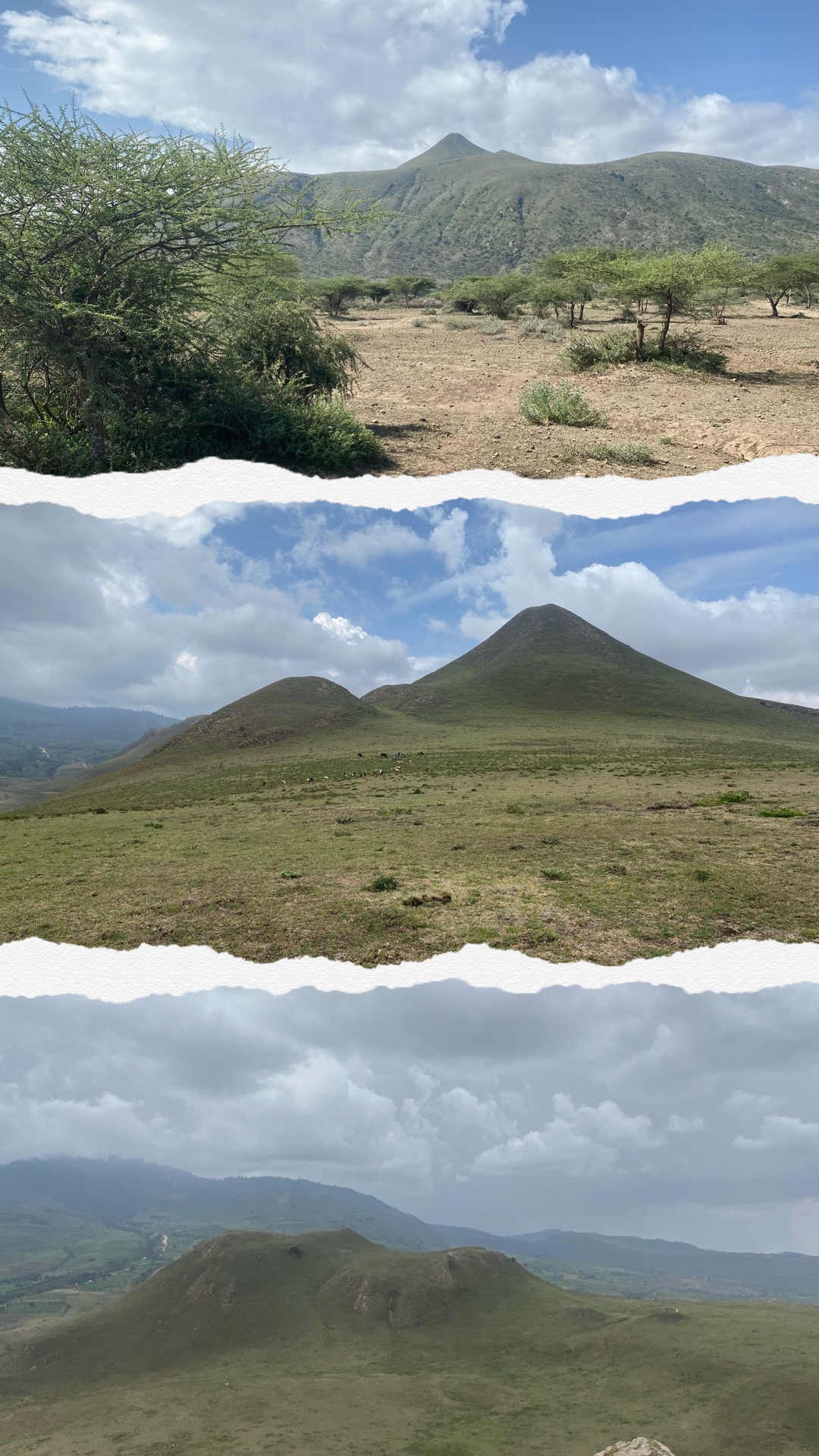 Oldonyo Landari from the ground and the top

Eventually Amadiwe acquired my backpack, baring the burden of my poorly calculated outdoor attire, and yet he still walked with ease. Each time we stopped to rest, Amadiwe would point out a plant or critter, explaining the unique symbiotic relationship between them, yet again illuminating the oneness he and his tribe share with nature.

“Helloooo, is anyone home?”, Amadiwe jokingly called as he rattled the branch of an Acacia tree with his walking stick. 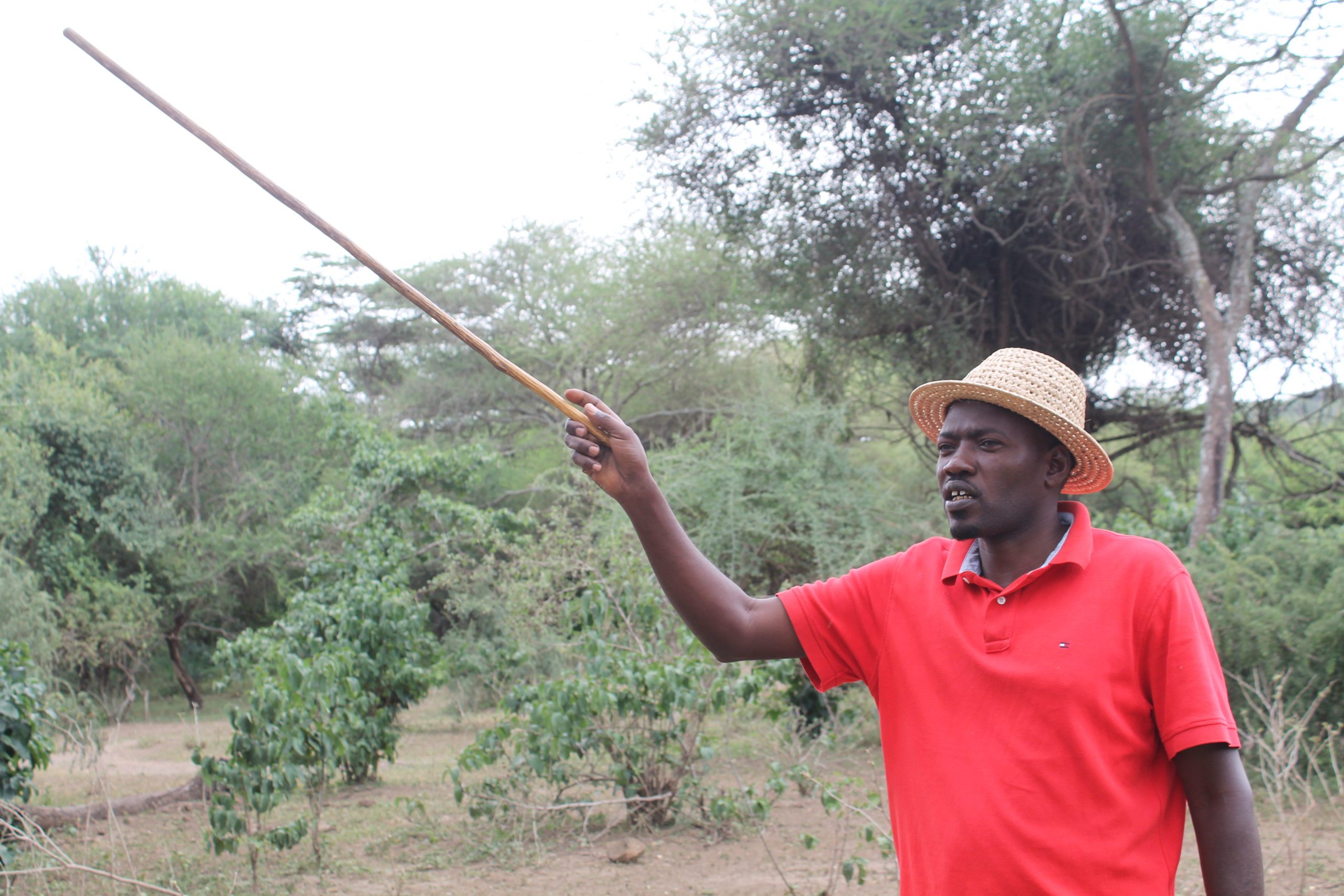 Amadiwe using his walking stick to prove a point 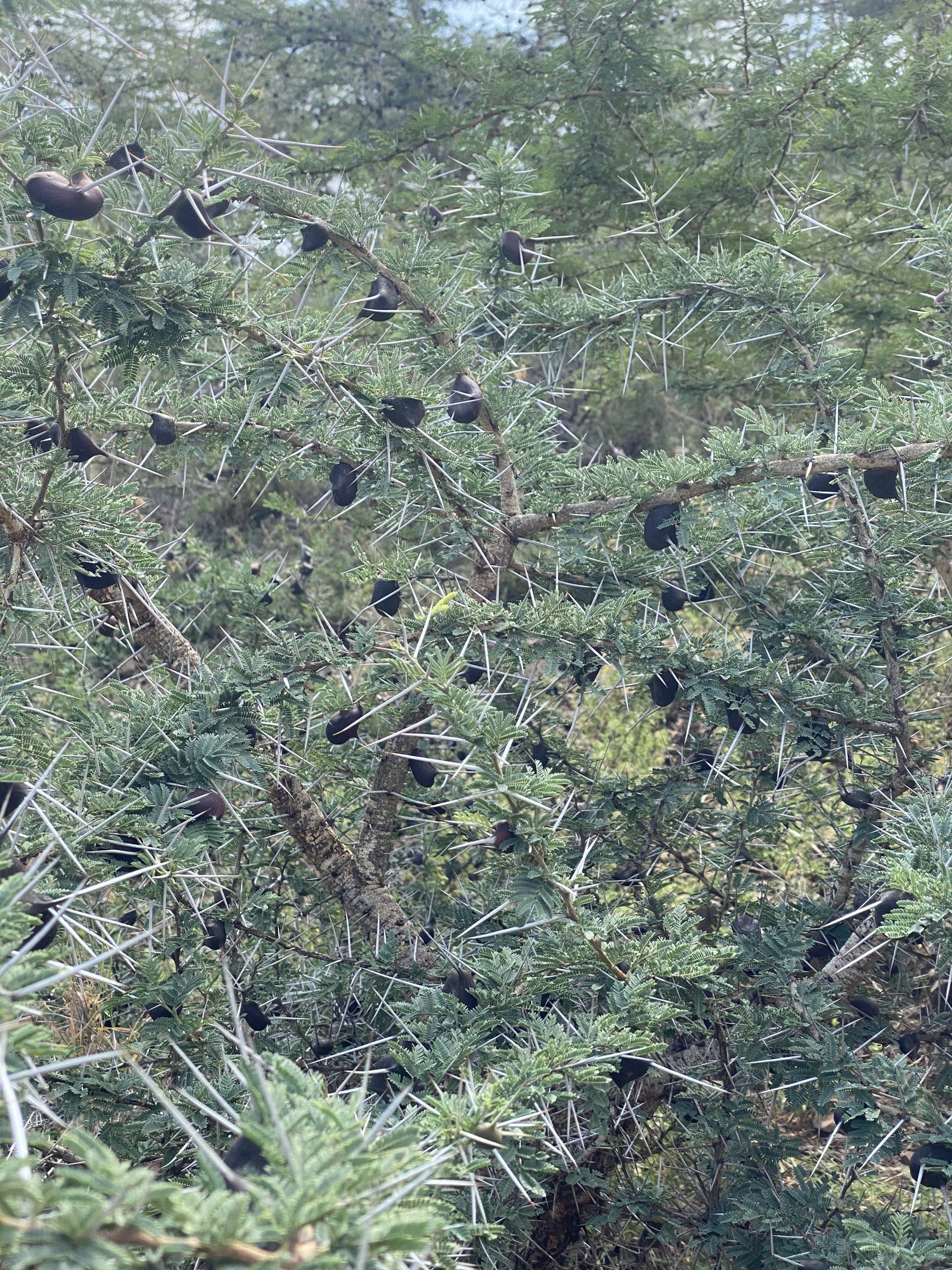 The bulbous ‘ant homes’ described below

I gasped as literally hundreds of ants angrily stormed out of their hiding place inside a bulbous, black growth along the branch. Amadiwe taught us that the ants were actually part of a protective mechanism of the tree, as the ants released a foul odor that repulsed even the most repugnant creature from getting too close to graze. In exchange, the ants received quite the spacious home. 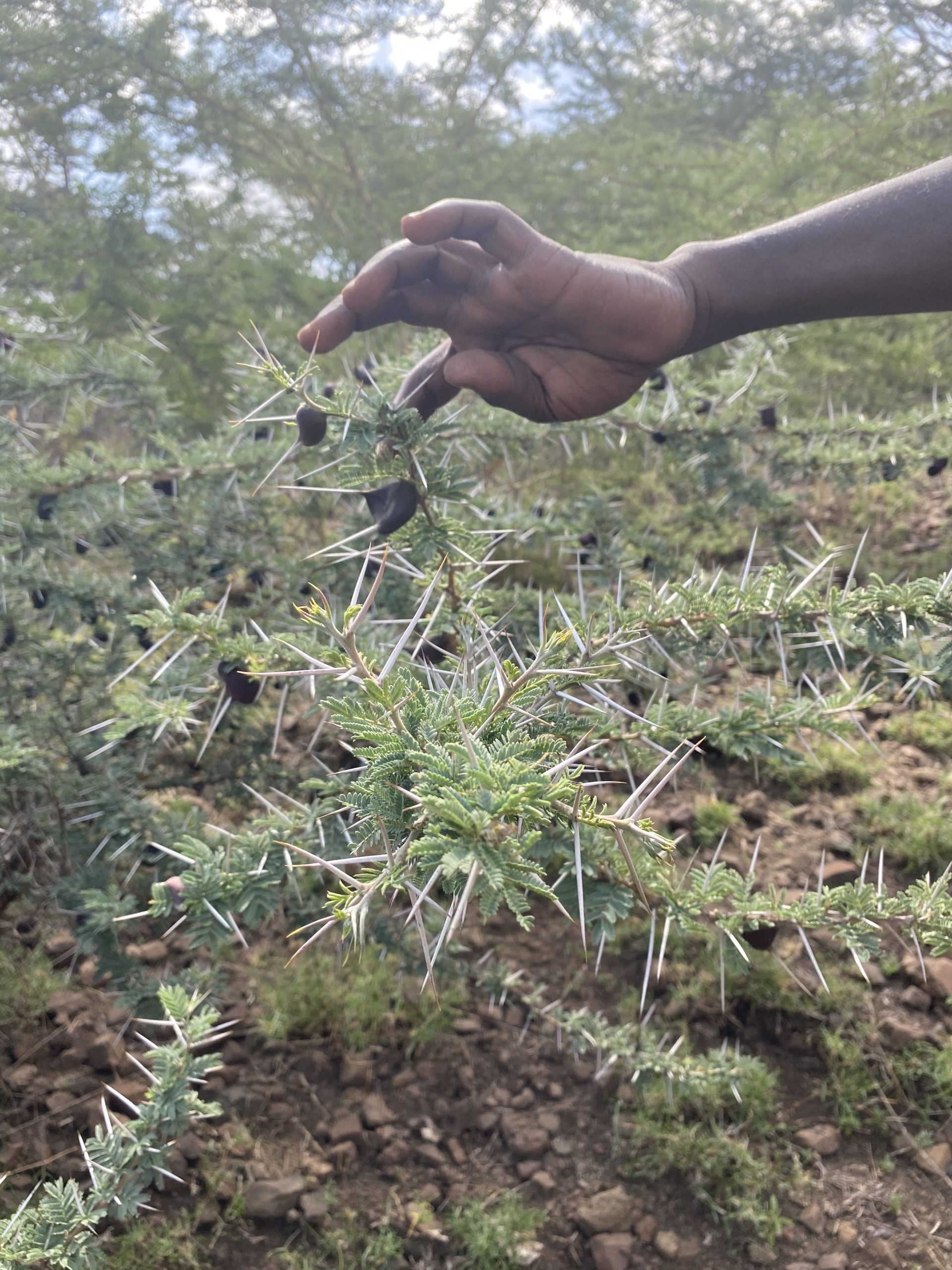 Not only were the interconnected relationships between the wilderness and wildlife frequently pointed out during our bush walk, but also which plants were used by the Maasai as natural medicines or helpful tools. 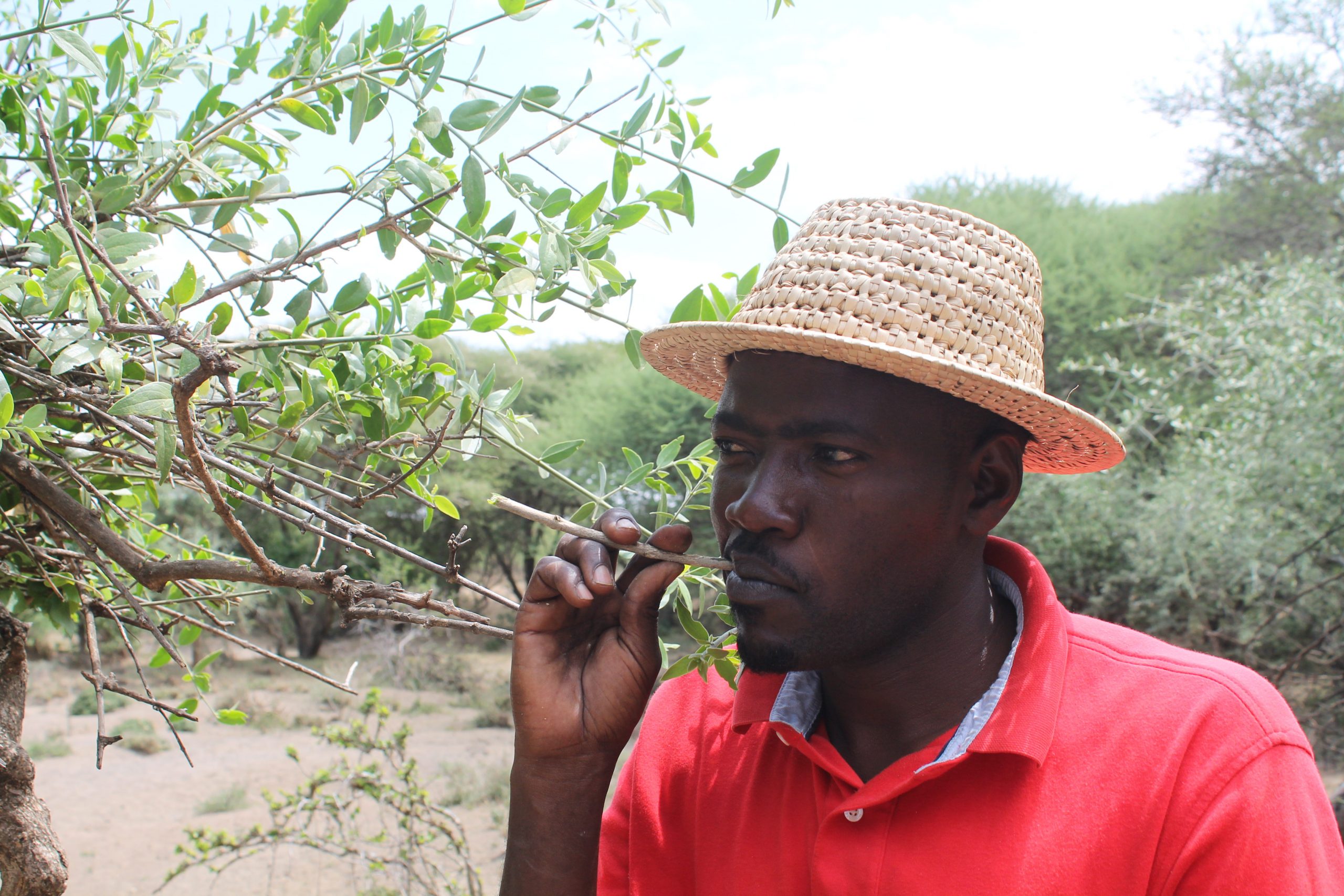 Amadiwe demonstrating how to use a plant-based toothbrush

For example, one bushy plant had quickly become the bane of my existence as my hair (piled in a bun at the top of my head) continuously caught in its far-reaching thorns. My hair would snare on the branch, tugging me to a halt and forcing my walking companions to come to my rescue, gently freeing the branch from my hair (while laughing at my expense).

Amadiwe shared that these branches were so effective that the Maasai actually used them as protective fences to keep lions out of their properties. 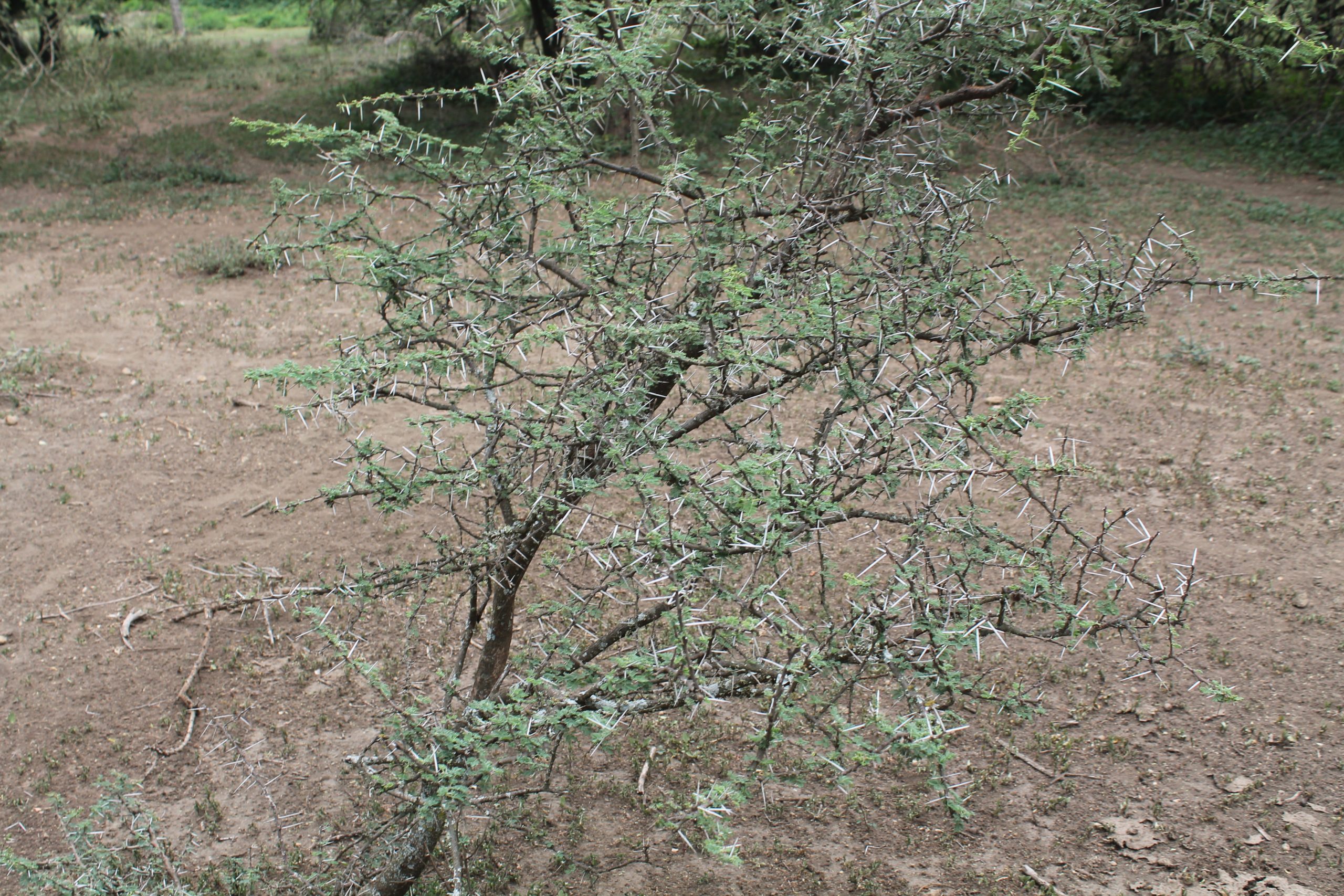 The surprisingly effective plant to catch lions (and my hair)

Further along our walk, we reached a baboon cave. We learned this place was merely where the baboons slept before moving to eat and play and do whatever else baboons do all day. We sat for a while to rest while Amadiwe shared more about the area and the right of passage that also took place inside the cave.

In addition to a baboon den, the cave served as a place for a sacred tradition where men congregate together and eat meat (so much meat that they often need to take a plant medicine to aid digestion). Yet for nomadic peoples, Amadiwe explained this tradition is necessary to provide men with the strength needed to walk long distances, sometimes migrating for months at a time. 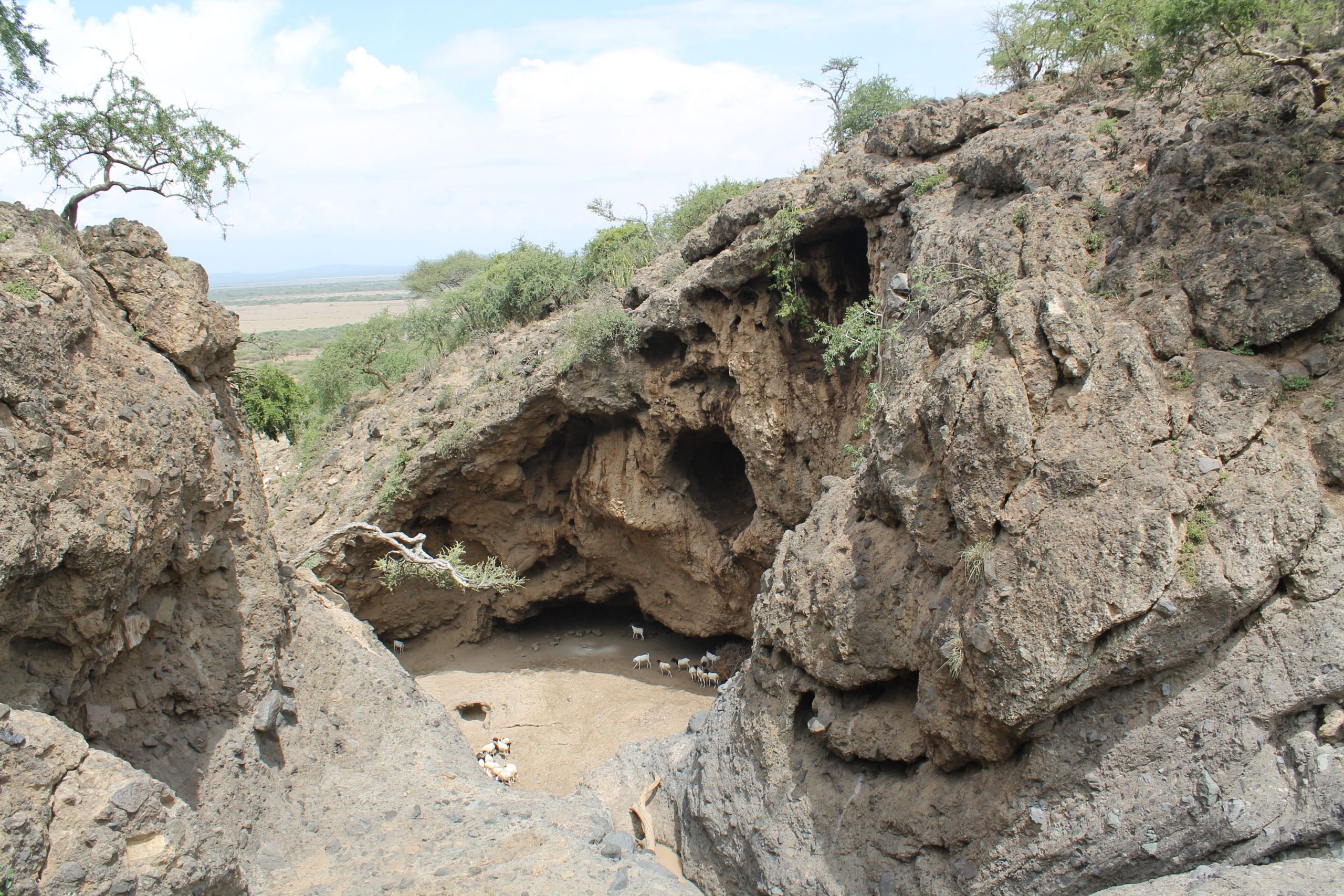 Related | I Lived in Tanzania for a Year: Here’s What I Learned 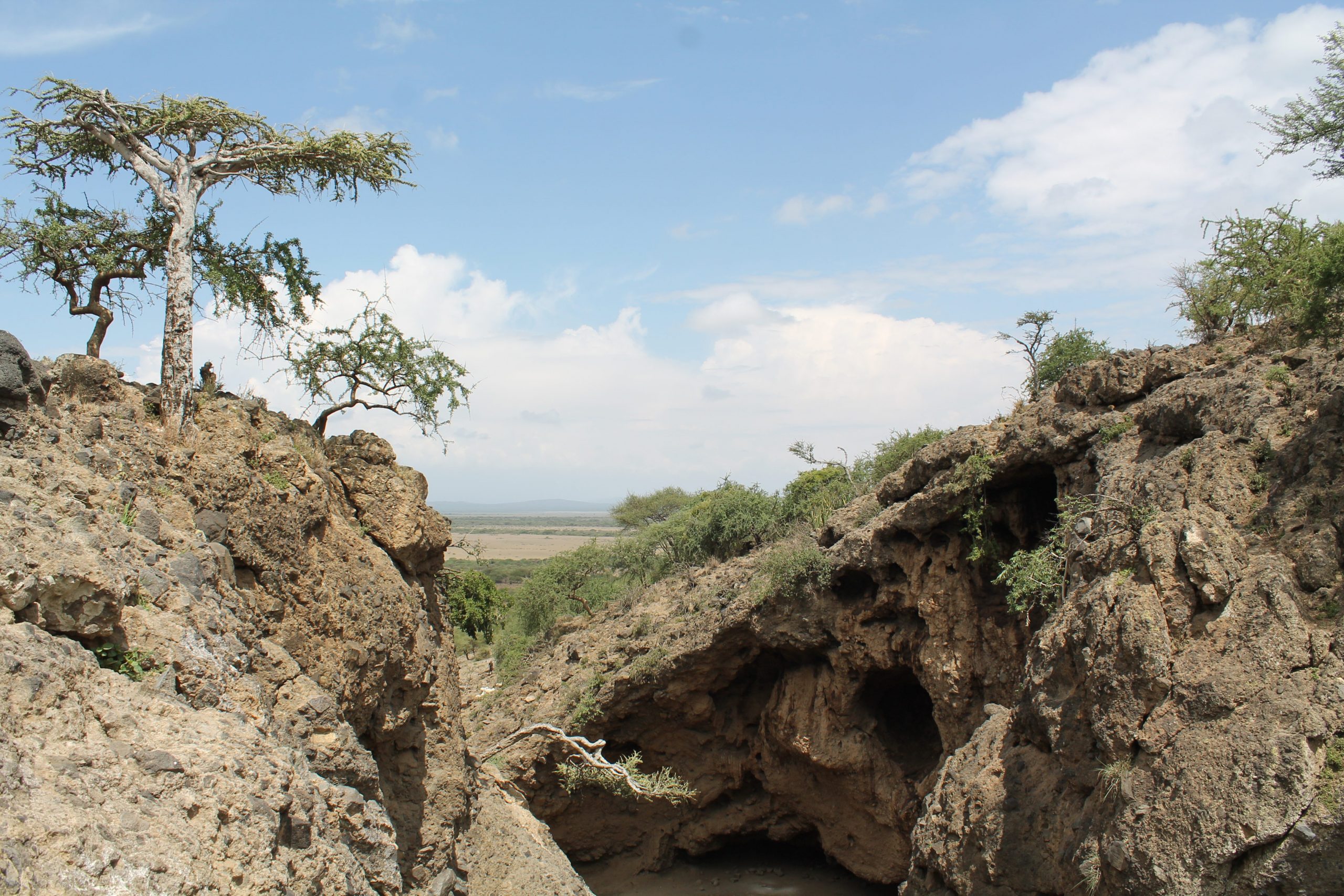 The caverns along the top are where the baboons sleep

We headed back to camp the same way we came, right as a grey cloud appeared, ominously lurking over us. I walked alongside Jay, the owner of Tarakwai safaris, while he shared his motivations for starting his new company: to take guests off the tourist trail and experience first-hand what he has come to love about his home country of Tanzania.

He explained that Tanzania’s Indigenous peoples, like the Maasai, are some of the last in the world to truly live as one with nature through an interrelationship with the wilderness and wildlife, and it is this special connection to nature that Tarakwai seeks to share with visitors.

The Mkuru bush walk with Amadiwe effectively highlighted this interconnectedness, capturing the special qualities of the plants and animals we came across and the ways the Maasai have and continue to co-create a sustainable life amongst them. 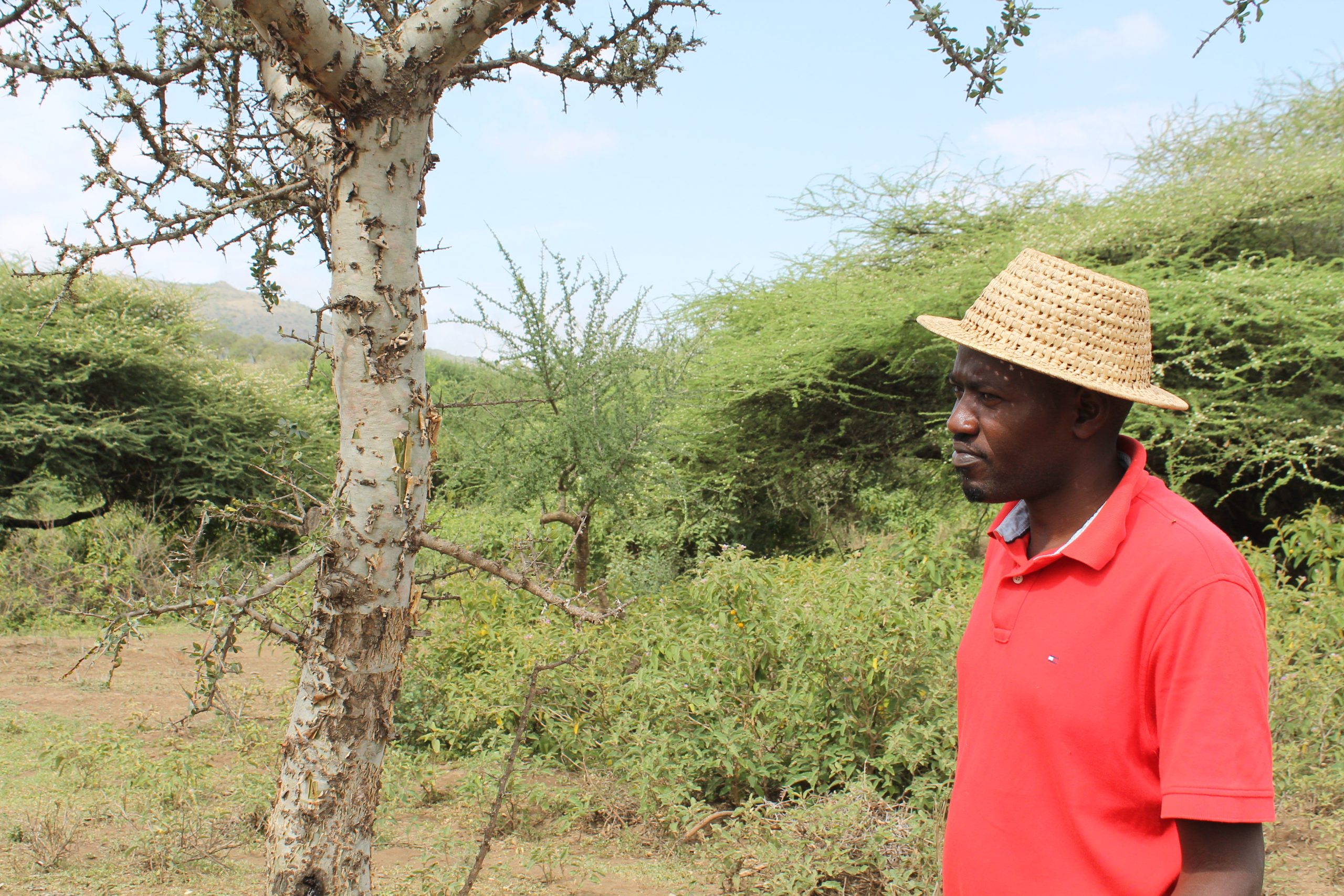 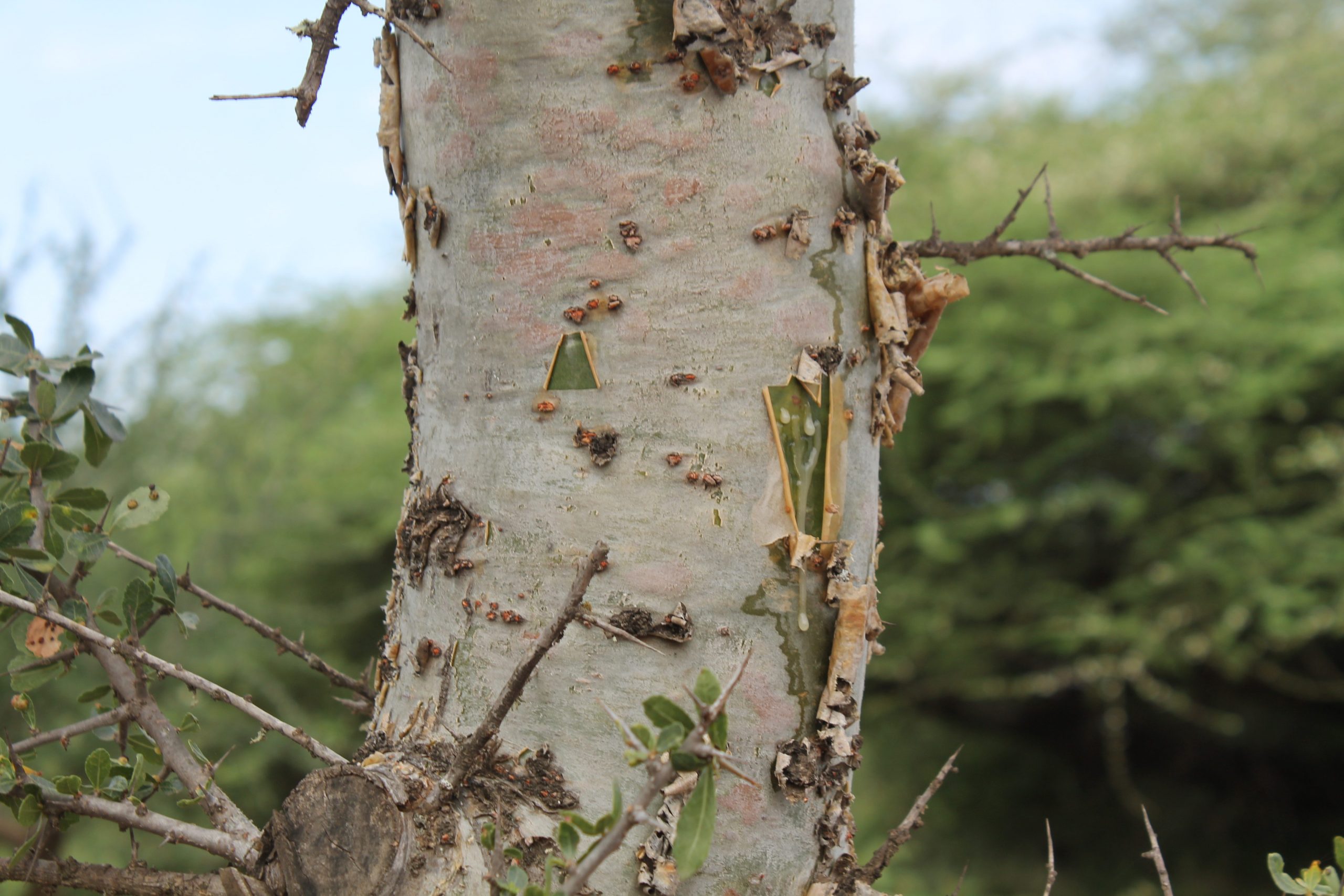 The sap from this tree is used for medicine

As we reached the perimeter of the camp and I could once again see the peaks of our tents from over the hill, I reflected on my experience staying in Maasailand. It’s a remote place without cell service and a flush toilet, yet I’d found I was quite happy to leave behind such conveniences for a few days.

I realized I so often crave immersion in nature because it offers me a reflection of my own true nature. Out in the bush, the sense of belonging I so often crave is satiated through an inherent knowing that I belong to the Earth…we all do. 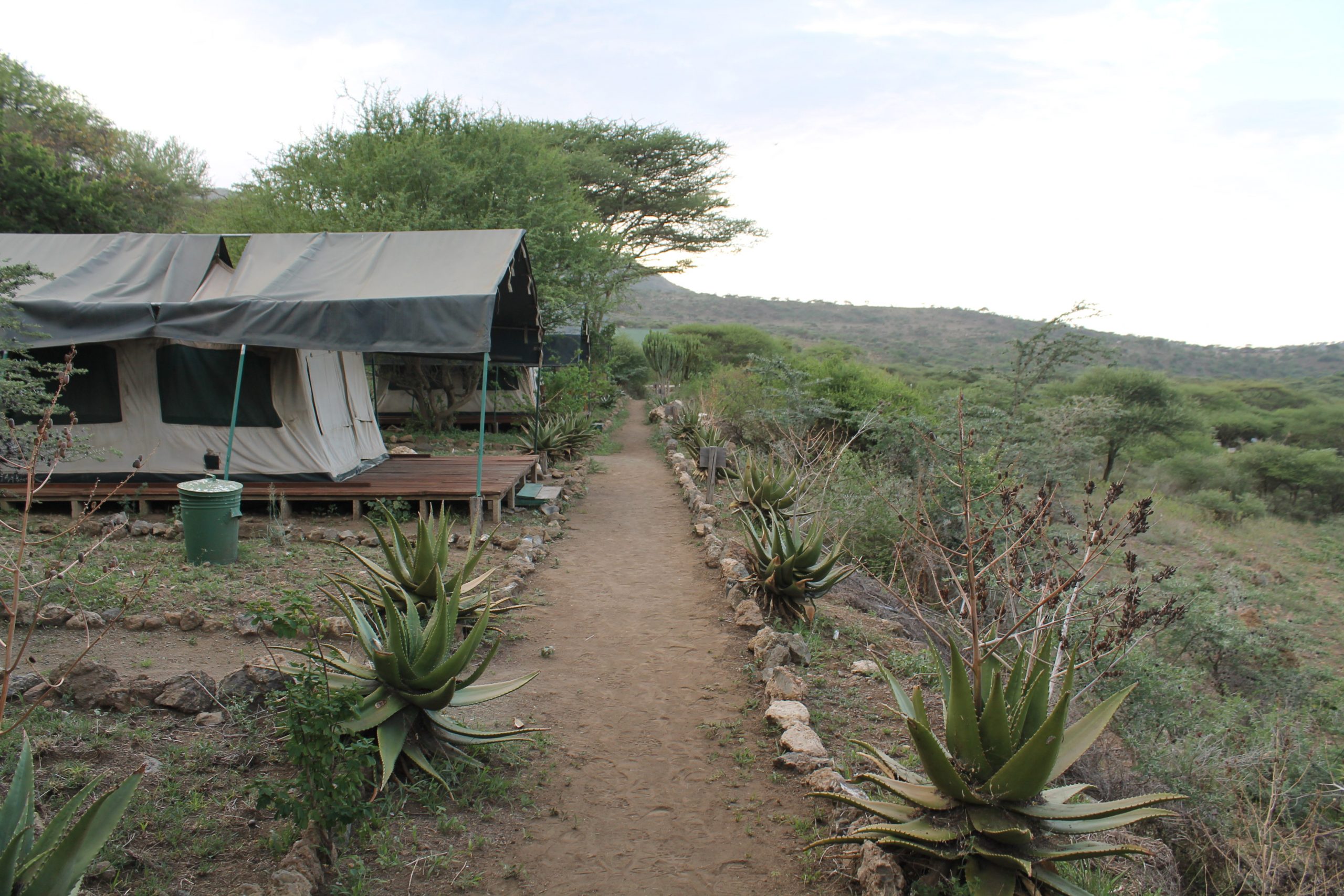 Our bush camp in Mkuru

It’s these profound moments that I cherish from my travels. Not the pictures or passport stamps, but the simple and pure moments of true connectivity with the natural world and those around me.

This is immersive travel.

I’d like to extend a special thank you to Tarakwai Safaris for bringing me along to Mkuru.

I recommend Tarakwai for the traveler who wants to escape the tourist trail in favour of culturally rich experiences that go deeper than sitting as an observer in a safari car, like bush walking! Reach out to Jay from Tarakwai Safaris for immersive and off-the-beaten path travel in Tanzania (and be sure to tell him Steph sent you).

As always, my opinions are mine and mine alone. 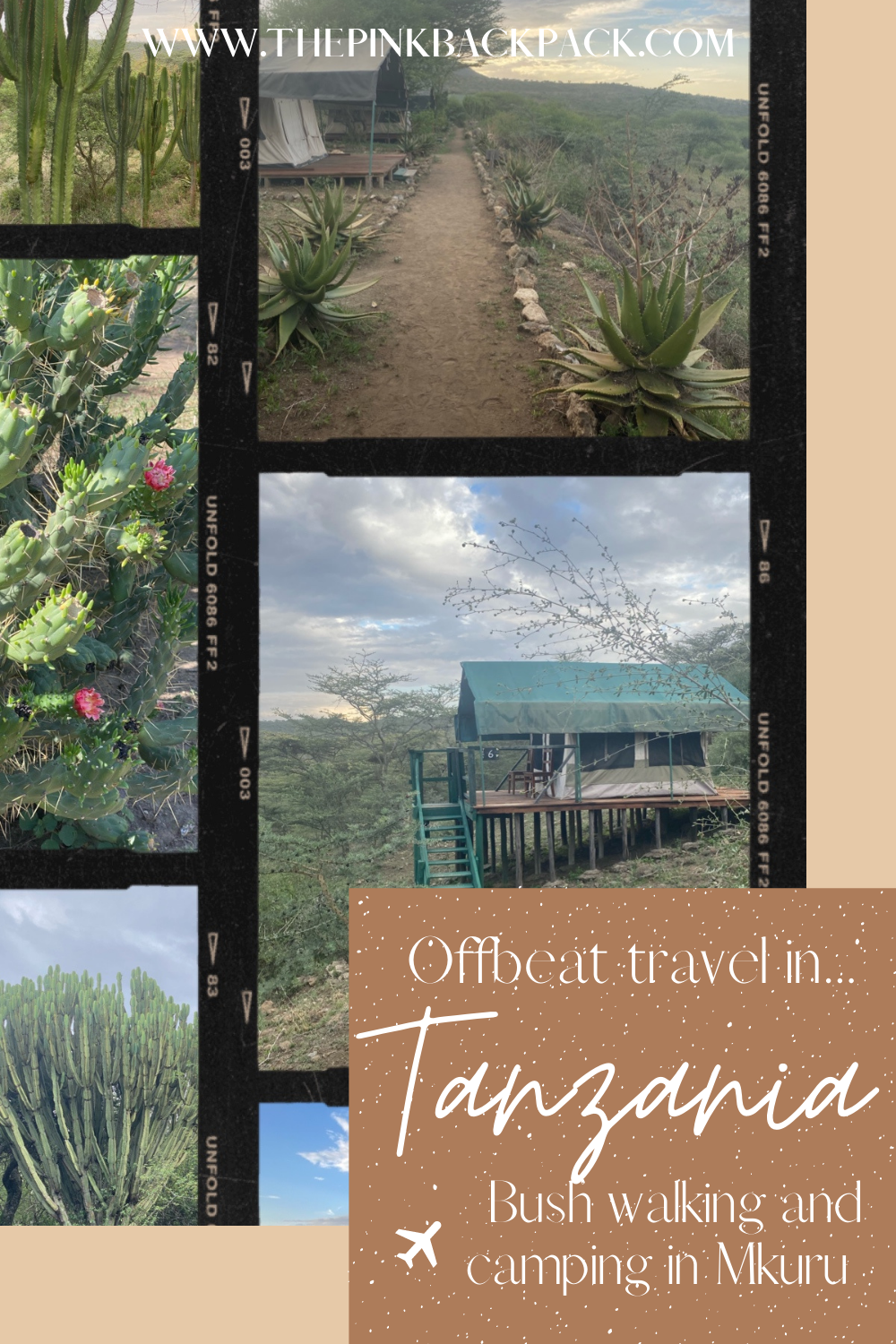