Truth be told, I’ve never really been into fashion. I can often be found in yoga pants or my old, scuffed up hiking boots. I prefer to do active travel and spend time in the outdoors, so it’s just common sense that the majority of items I pack reflect this. I favour my infamous pink backpack over a trendy handbag or a flowy ensemble.

That all changed when a few years ago, I was invited to attend my very first press trip. I looked at the roster of influencers, bloggers and journalists who would be attending and speaking during the event, and quickly realized my usually hiking gear would not fit the mark.

They say “looking the part” is half the battle, so I hit the mall. I got myself a big floppy hat (the in-trend Instagram algorithm-beating weapon of choice). I pulled the trigger on a wool poncho (it seemed like a legit idea at the time). I even packed a purse. I was ready! 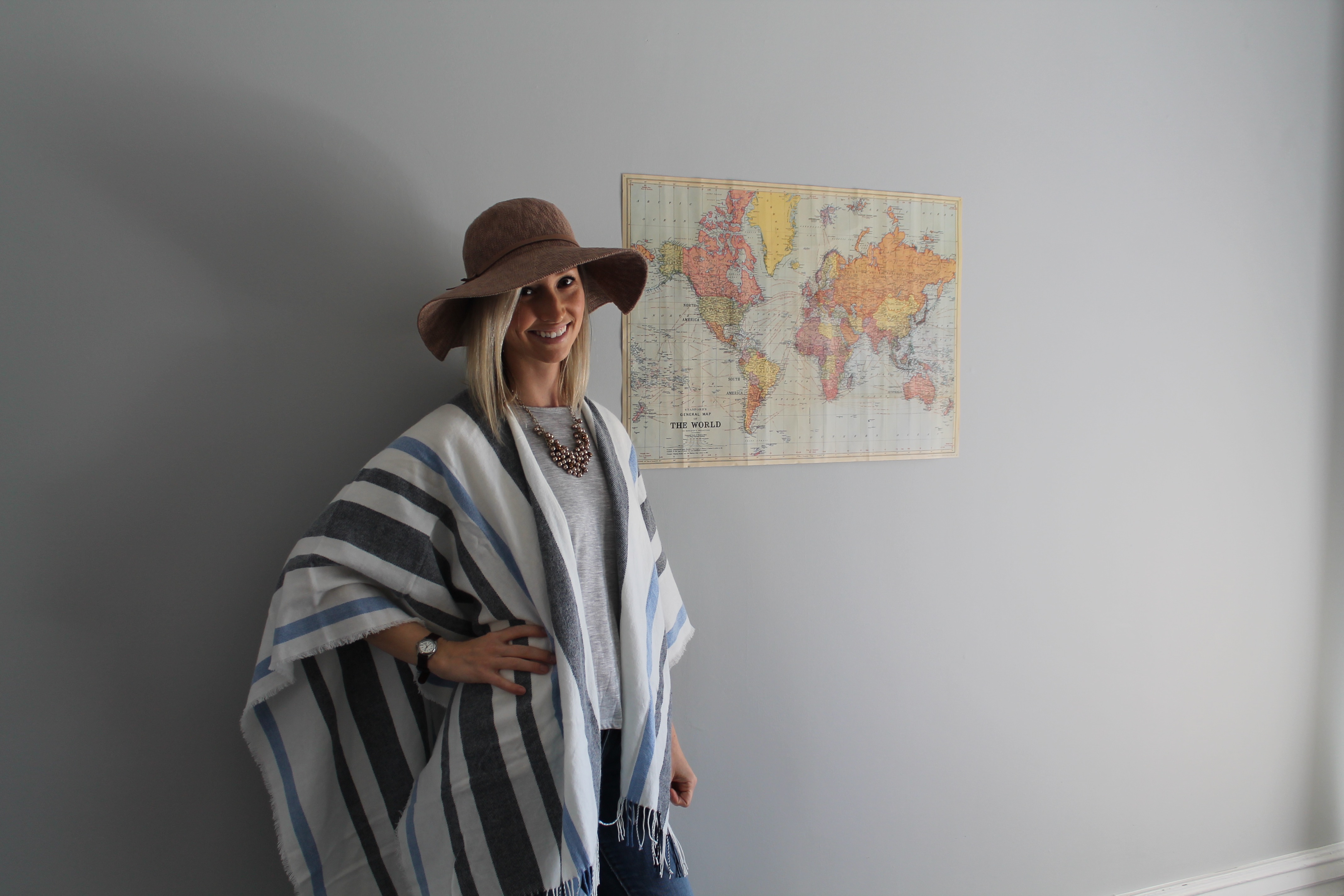 I showed up to Toronto Pearson airport in my poncho and hat, looking fly. I removed my big sunglasses as I expertly wheeled my bag through departures, heading towards the Starbucks. I was early and wanted to get a few last-minute emails done, so I settled down at a table with my coffee (in my favourite travel mug of course).

Unfortunately, the poncho was proving to be a hazard. It was draped across me like an oversized cloak and kept getting caught on literally everything. In a fit of annoyance, I attempted to pull the corner of the poncho out from under the leg of my chair and knocked over my coffee…my full mug of coffee…all over the poncho.

Great, just great. I had a notably huge brown stain and smelled like a coffee plantation.

I decided to cut my losses and head through security, putting my hat, shoes and backpack through the scanner.

On the other side, it became apparent that I’d failed to close the lid of my coffee mug (now resting in the side pouch of my backpack). The remaining drops of coffee had pooled inside the basket, soaking into my hat and shoes.

I was now literally head to toe covered in Starbucks’ dark roast.

In the bathroom, I rinsed off all the coffee in the sink but to my horror, there were NO hand dryers. I was about to board a long haul flight with wet shoes, that now made cringe-worthy squeaks when I walked.

I licked my wounds with a glass of wine at the gate, hoping the rest of my journey would be less eventful. Thankfully, my outfit dried quickly on the plane and I was able to get a few hours of sleep. I awoke to the smell of fresh coffee and the flight crew serving beverages, so I accepted a cup of joe, taking meticulous care to not spill on myself again.

For some reason I couldn’t quite finish it all, so I placed the cup with the remaining coffee in my seat pocket and dozed off. Apparently, my seat mate decided to hand my cup to the flight attendant during her trash round-up…SPILLING its contents on my lap.

Coffee on the poncho.

I couldn’t help but laugh uncontrollably…because what are the odds?

Jetlagged at this point, I didn’t even bother trying to clean myself up. I meandered to my gate to catch my connecting flight…but something didn’t feel right. There was no flight information on the gate screen.

Surely, we should have boarded by now?!

I left the gate to check the departures screen in the main hall and felt a wave of sheer panic.

I had gone to the WRONG GATE! In a cruel twist of fate, another flight to the exact same destination was departing at the exact same time…at the opposite end of the airport.

I took off running. The poncho flowed gallantly behind me like a cape. My carry-on occasionally flipped over onto its non-wheeled side, awkwardly dragging behind me, yet I didn’t stop sprinting. I didn’t even slow when my obnoxiously oversized hat whipped off my head like a frisbee into the chest of an innocent bystander. He tossed it to me and by some form of witch craft I caught it mid-stride.

I reached the gate just in time to watch my plane taxi away. I had missed my flight, was drenched in sweat and was wearing a coffee-stained cape.

On my way to the ticketing office to salvage what remained of my trip (and my dignity), I hit the ladies room to change back into my faithful yoga attire. I learned in less than 24 hours that I’m definitely not cut out for fashion blogging…and now those old, broken-in hiking boots are much more appealing. 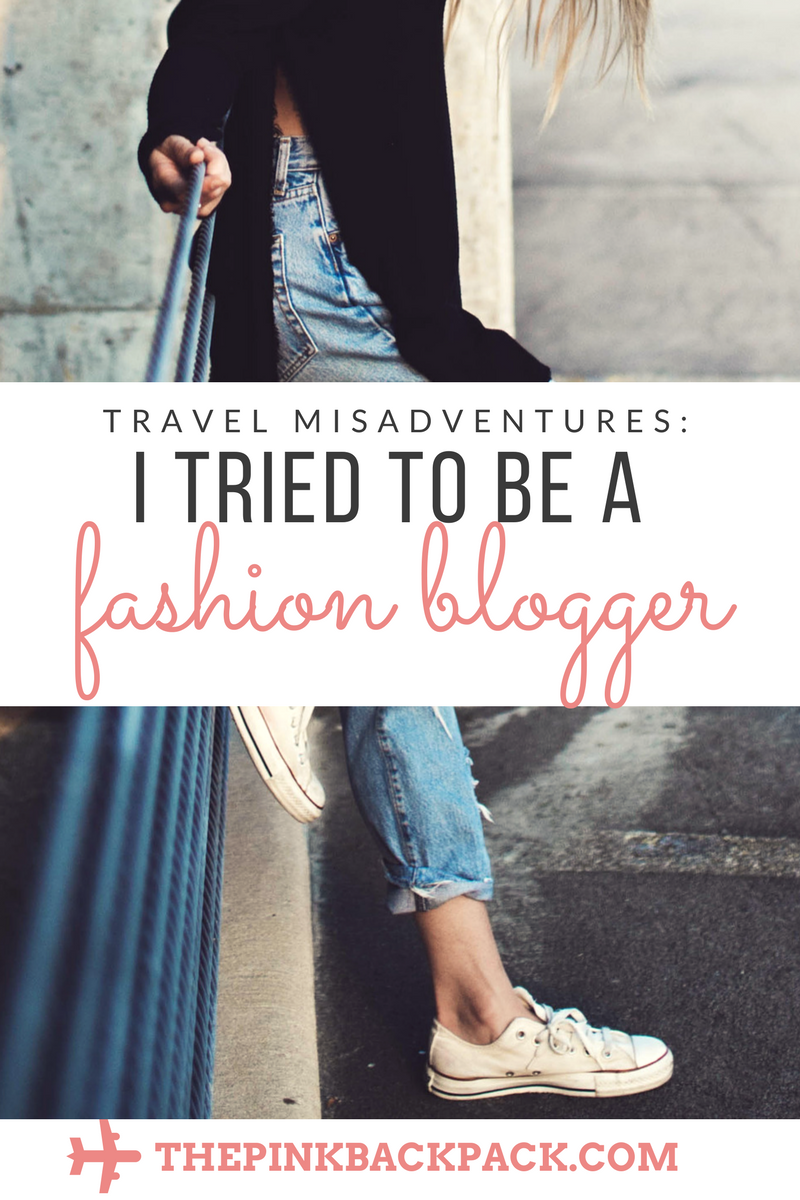 Finding Home in a Pint Glass

Maike said:
Hahaha, I love that story and I am glad I am not the only one who can't manage to wear an "instagrammable" outfit all the time :D