Missed Chapter 2? Skip Back to Read

I bought a jigsaw puzzle.

It was a pandemic prescribed activity, supposedly youth friendly and approved for ages 8+, yet I simply could not figure it out. I spread out the cardboard pieces across my living room rug, my 30-year old hips quickly protesting the decision to build it cross-legged on the floor. Eventually, I lost interest and gave up, piling the pieces back into their box for another day that’s yet to present itself.

Months later, I’ve escaped my urban basement flat to stay in a 100 sq. foot Bunkie on a farm. I don’t need puzzles to entertain myself here; the people watching captivates my interest. You see, there are two other guest bunkies on the property, with weekenders from the city coming and going. I imagine they’re eager to temporarily evade their concrete confinement with a quick stint in nature; to rest and recharge from the hustle and bustle of their busy lives.

You know the whole disconnect to reconnect thing? It’s quite literal here on the farm. Our bunkies are off-grid and reliant on solar power, forcing guests to unplug from their daily routines and taken-for-granted luxuries, like a washroom, though to be fair, an outhouse is part and parcel with Bunkie territory; it’s the nature of the beast if you will, and boy is it ever a beast when nature calls.

Not surprisingly, most of these visitors are couples. Some are young and appear effortlessly in love, in the way that naturally unfolds when no worries or apprehensions of the future yet exist; they have a fresh and hopeful vulnerability not yet spoilt by a first heartache or the trials and tribulations of adulthood. Their interactions are uncomplicating and unassuming, an ease of seeing each other for who they are in that exact moment; not visualizing who they want their partner to be, or rather, who they need them to be, painting an idealized portrait of their humanness. If only love was always that simple.

They get a point in my books for their cute display of young love, but otherwise these Gen-Z’s are incomprehensibly useless with some aspects of Bunkie life, like lighting a barbeque. Such primitive technology devoid of touch screen activation seems to imbue challenge equivalent to a Mensa brain teaser. Unfortunately for them, this problem can’t be solved with artificial intelligence, though I wouldn’t have been shocked to overhear “Siri Light”.

At dusk, I’ll hunker down on my front porch, drink in hand, waiting for the show to begin. It’s a tale as old as time: “man smashes rocks, sparks ignite into flames, man becomes Homosapien hero of the cave”. In this story, our modern-day neanderthal has substituted the rock for an iPhone, live streaming his fire building skills on social media. He struts over to a nearby spruce tree, breaking off a sizeable, healthy branch to toss into the flame, which is so feeble at this point it’s nearly invisible to the naked eye, yet with just the right amount of luck wind the spruce needles spontaneously combust, spawning furious plumes of smoke. He chokes and sputters, all the while stubbornly standing his ground by the fire pit, a move of equal parts determination and self-preservation. I’m not sure whether he put the phone down during his coughing fit, on account of the smoke momentarily blinding me, but it was certainly a ‘reality vs. Instagram’ moment for his fans.

What’s really piqued my interest, is a collective challenge with the outhouse door handle, which is a simple twisting knob, but nonetheless a significant barrier to taking care of business. If the door handle is confusing for them, just wait ‘til they get a load of the plastic contraption inside. Its sleek European design is so complicated that there’s an instruction manual in there, a thin booklet set aside on a shelf adjacent to the toilet, though truthfully, it’s not all that helpful because the writing is printed in foreign text. Thankfully, it includes some handy stick-man illustrations demonstrating the do’s and don’ts of use. It makes me recall some of the bizarre signs I’ve seen over the years whilst traveling, some brazenly prohibiting public elimination, which makes you stop and wonder what scenario prompted such a sign to be created in the first place. Signage or not, the fact of the matter is this: it’s survival of the fittest with this outhouse, a contemporary exemplar of Darwinian evolutionary theory, though I’ll spare you the gory details of such adaptation failures.

Right, back to the people watching.

My favourite is the brand-new couples, who are perhaps coming to the farm as their first trip together; a romantic getaway. Their interactions are contemplative and intentional, a flirtatious banter enveloped in anticipatory energy of impending intimacies, yet every move remains calculated and best-behaved: polite and polished with a smile. It reminds me of the transformation that occurs on Sunday mornings; folks don their best attire, comb their hair back and sit quietly in church, obediently following along, yet silently counting down the minutes until they can loosen up the ol’ tie or slip off the uncomfortable shoes. Some may have even done the latter during the service, inconspicuously wiggling life back into their naked toes beneath the bible-lined pew. The resulting repugnant aroma hanging in the air between hymns could knock an angel clear from the sky, a sin requiring repentance in my opinion.

A dating app profile might curate the image of a fun and spontaneous individual whose posed hiking photos and dog selfies suggests an affinity for the outdoors, lending generously to the idea of spending a weekend with them off-grid in a Bunkie. Little did you know, they’d only been hiking that one-time last year (though they still bought the local Mountain Equipment store out of stock) and that dog isn’t even theirs. Eventually the pragmatics and realities of such circumstances, outhouse and all, outweigh the effort of sustaining the embellished version of oneself; the façade gives way, crumbling into reality.

Perhaps it begins with a clashing of opinions on how to prepare supper. The man taking up his position at the barbeque, ready to fulfill his masculine duty to grill mediocre supermarket hamburgers; the woman is stationed at the picnic table, chopping in the same way she might whilst standing at a kitchen counter. She peers over his shoulder, occupying his space, hovering, making suggestions. “Is there anything I can do to help?” He says no, territorial over his role as barbeque master. She makes herself busy fetching water to prepare something in a pot and returns to his side, helicoptering the grill.

At surface glance they appear a team, dividing and conquering, yet there’s an unspoken tension. Her laser-sharp focus on chopping; his wide-legged stance by the grill, as if asserting his claim to it. The flirtatious banter stops, and two people begin to see each other clearly for the first time, without the projections and idealizations.

His pedestal illusion of her, like a porcelain cherub on a shelf, smashed by some opinionated comment or mere human behaviour she made. She might notice the way he chews, smacking bits of burger with a wide-mouthed disregard for all social etiquette. He might even be the type of person who slides into bed without brushing his teeth; if any situation called for a forgo of one’s dental hygiene, I suppose it might be glamping, yet bits of beef unchewed and undigested remain wedged in his gumline, creating a rather pungent affect when he sidles up next to her.

They’ll continue to butt heads, circumventing outright arguments through polite yet rigid exchanges, the twitch of an eye or the downward cast of a lip exposing a private, inner commentary of disapproval or dissatisfaction. Sweet relief to return to the city and their separate lives.

There’s a fascinating intrigue to examining the subtle actions and interactions of strangers; as if their life stories are playing out right in front of me. Often, we become so preoccupied with our own narrative, that we forget the people around us are existing in equally as rich and complex realities, layered and contextualized by their own daily experiences.

People watching is like a puzzle really. From afar, you can see the entire image the pieces collectively create, while at the same time, the outlines of each individual facet and the seams at which they fit together. These puzzle pieces and they ways we align them, force-fitting ill-matches until their edges buckle, or sliding corners together with ease; they become the tapestry of who we are.

They become our story.

In this sense, even when we feel broken, it’s possible to start anew, slowly but surely, putting the pieces back together again. Or perhaps, along the way we’ve lost a piece, but searching for it means retracing our steps and we’d rather not look back, so we might throw our hands up and say “to hell with it” and continue on as we are, disorganized chaos paired with complete acceptance that we can’t, won’t, figure it all out, the pieces never conforming to a tidy pattern.

Some of us will never solve the puzzle, and maybe that’s the point. 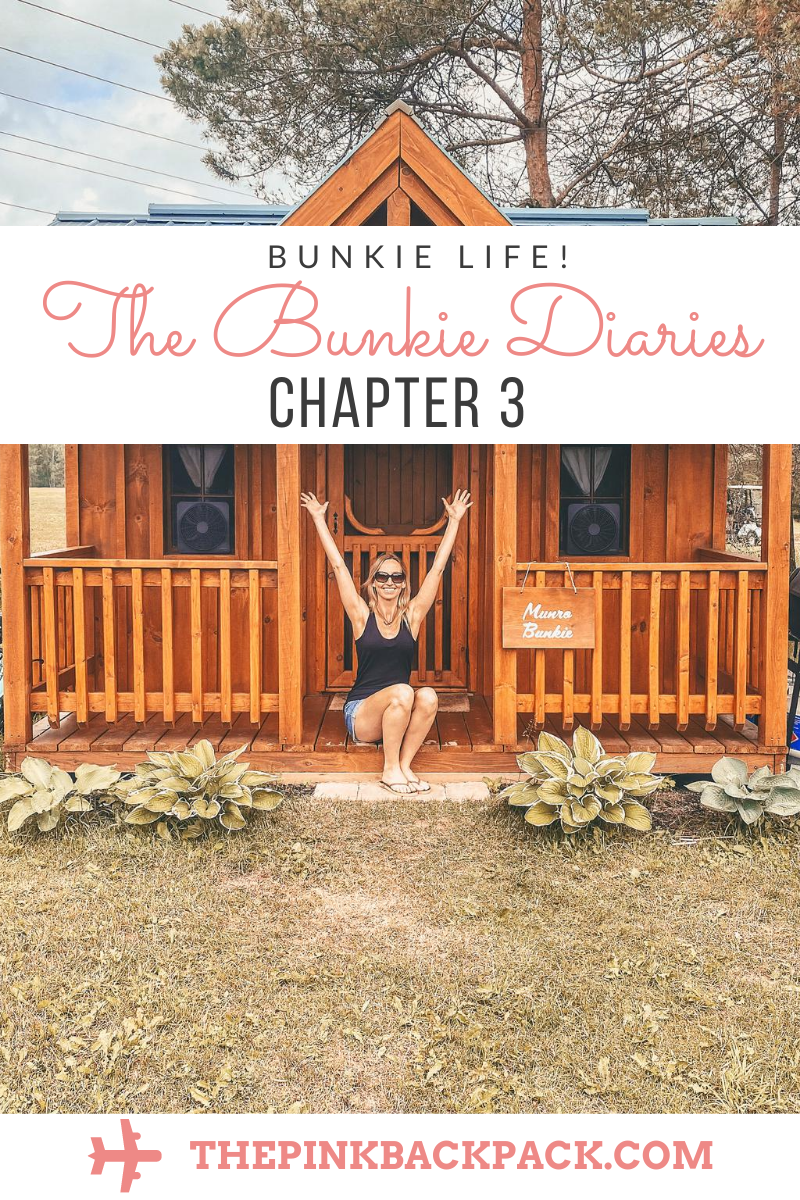