Missed Chapter 1? Skip Back to Read

The first ball to commence this bizarre hoard of sporting paraphernalia, has a brown stain seared into it from its emboldened collision into the side of my Bunkie. The impact, a calamity to my rather silent and peaceful morning, caused me to nearly jump out of my skin, my hand involuntarily flouncing to my chest in the same protective way I imagined an elderly woman’s might, but my senile reaction to loud noises is neither here nor there.

My first thought, naturally, was that a creature was on the roof. It must have leapt from the tall tree aside the cabin and landed with blunt force, but surely a squirrel couldn’t make that racket. Could it be a racoon? I hadn’t seen any around these parts and I’m not so sure they’d swing from branches in such frivolous disregard anyhow.

After a brief walk to examine the perimeter of my Bunkie, I quickly realized what had happened.

The property backs onto a golf course, yet before moving here I never could have imagined that quite literally, a flagged hole sits just 10 yards behind my bedroom window. Golf carts (and apparently stray balls), both visibly and audibly whizzed by at all hours, occasionally nailing my Bunkie with the strength of a category 5 Hurricane.

Golf balls from older days are buried in the Earth like fossils, as if the ground had swallowed them whole, with only dime-sized streaks of white poking through the grass. Like an archaeologist following a successful dig, I sauntered back to my Bunkie with a brown-stained artifact in hand (golf ball numero uno).

Living beside a golf course, I am privy to an array of predominantly masculine behavior, like an unsuspecting fly on the wall of the ‘Old Boys Club’. I hear the occasional profanity of a mis-swing, which I imagine accompanies the player throwing his club down in true Happy Gilmore style. More often, there’s the banter of competitive sportsmanship or friendly encouragement from an old pal (“Let’s go Ricky boy, get at it!”).

One evening, the three resident goats on the property were particularly feisty, calling out for supper in the boisterous yet slightly unnerving screams that goats are known for. “God, I hate this house and these damn goats!”, a triggered voice spat out, seething with misguided rage at the goats whom apparently broke his focus. His buddies promptly seized the opportunity to egg him on, launching into a siege of full-blown livestock imitations. Imagine my delight: barn yard sounds emanating from a group of grown men!

Other times intoxicated youngsters whiz along the green faster than they can shot gun their bush-league cans of beer. They operate their golf carts in wild and hap-hazard ways while singing along to their blaring summer anthem, gregariously belting out of synch: “way down yonder on a Chattahoochee, it gets hotter than hoochie coochie”. On this particular occasion, I glanced around the corner from my position on my front deck to witness a golf cart collision! A minor fender bender among the fellas with the country music, whom I could now see were decked out in matching vintage Hawaiian print button-ups (though they were wearing them buttoned-down and open, with one single chest hair amongst the group gleaning in the mid-day sun). My presence went unnoticed. They laughed and cheered, jolting forward simultaneously with the effect of both golf carts moving in union, resembling two side-by-side train cars chugging along a rail track.

Shortly, they’d circle back to ask the group behind, “Hey man, have you seen Jeff?”. Goodness gracious, they’d lost Jeff! They flew swiftly onwards in their search for the missing man, this time cruising to Ozzy Osbourne’s crazy train. I found myself strangely rooting for them, silently saluting their mission with the encouraging words: God speed!

Curiously, this obnoxious behavior is targeted towards me when I’m seen barbequing, or am merely standing in any approximate vicinity to my barbeque, which is unfortunately in plain view from the green. I might be lost in thought as I prepare my food, looking down with focus and utter disregard for the golfers, but none of that matters.

The sight of a woman stationed at a barbeque must be rare indeed. So much so, that the male observer simply cannot help himself from providing commentary, not unlike those monotonous voices in wildlife documentaries, describing from a far removed, remote perspective the distinct and marked behaviours of the female species:

“The solo female is a notoriously solitary mammal. During this summer migration, she prepares to make the dangerous journey where no female has gone before. The barbeque awaits her, but will she succeed in lighting it?”

The moment is filled with the tense anticipations of my audience, perhaps wondering whether I might blow up my face, singeing off my delicate eyelashes. I succeeded of course, igniting the grill without any major injuries or fatalities, garnering a nod of respect from one of the lurkers, his neon visor bobbing up and down with approval.

“Hey, you!”, a male voice called from the green. I made the imminent mistake of glancing up. “Ya sellin’ lemonade or what?”, he hollered, rather confidently might I add for his small, top-heavy frame. Sizing him up, I deduced his behavior was fortified by the watered-down can of pilsner in his hand and the inflammatory reinforcement of his khaki-clad cronies, who for the record, chortled in a low hum not too unlike Beevis and Butthead. He leaned casually on his club, or perhaps more simply he was just easing pressure off his braced knee and probable middle-age induced low back pain, all the while shooting me a smug, open-mouthed smile; a look that seemed to rest comfortably in the self-satisfaction of his joke. I smiled back. I may have even heartily laughed, embracing the knowledge that the joke was certainly not on me.

A man tiptoed onto the perimeter of the farm in search of his lost ball, edging up to the front of my Bunkie. Stationed silently on my front porch, I remained unnoticed, eclipsed by his pre-occupation with scanning the grass. “You won’t find it here”, I called. He stopped dead in his tracks, like a child caught red-handed with his paw still inside the cookie jar, momentarily immobilized; let down by his false belief that he was in fact, invisible. He scampered back to the safety of the green without a single word.

A tiny smirk fell upon my face as I pictured the collection of golf balls. I keep them with zero idealizations or appreciations for the sport itself, but in the same way someone might prize a fly baseball they had the rare opportunity to catch during a game, like a token of fate. The golf balls sit together in a pile, out in the open yet somewhat camouflaged by tall grass, right beside my barbeque. 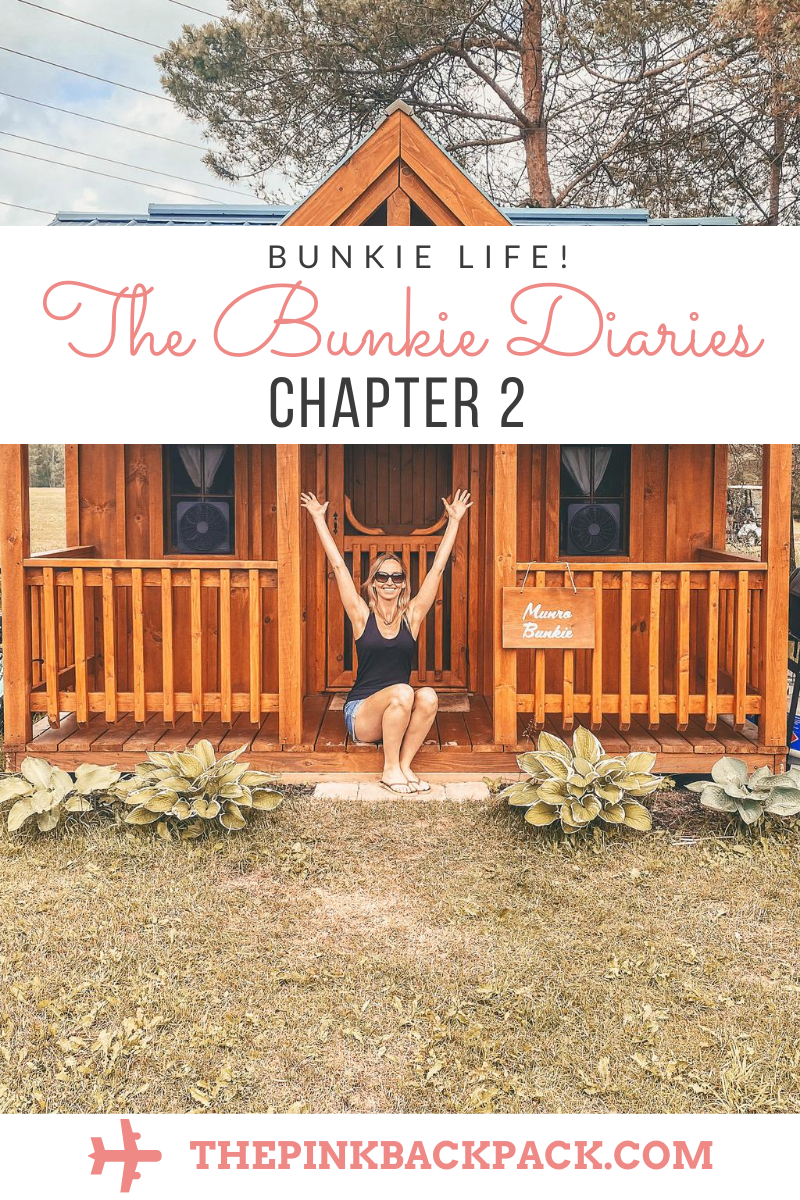 I crashed a 30K car rental in Scotland

The time I tried to be a fashion blogger