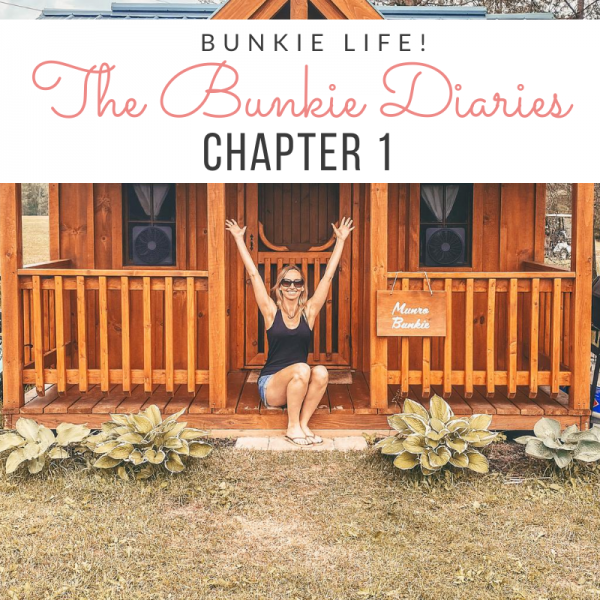 Missed the Prelude? Skip Back to Read

Adjacent to my 100 sq. foot Bunkie is an outdoor sink, perched beside a cedar outhouse equipped with a composting toilet. A fairly simple construction, its door has a half moon carved into it, and along one wall is a screened window, offering fresh airflow and the added benefit of a view from the loo, should you get bored in there. The outhouse projects the illusion of a rustic experience, while maintaining a sense of superiority over the traditional and often foul port-a-potty outside many sporting venues and construction sites.

However, it turns out the compositing toilet here on the farm is really nothing of the sort. While most composting toilets rely on woodchips sprinkled in for decomposition decoration, this one is oddly plastic, devoid of woodchips or any wood at all for that matter. It really is quite the contraption.

Inside the toilet seat is a sliding lid, which swivels opens when pressure to the seat is applied. Resultantly, there is no standing or hovering allowed; everyone must equally commit their haunches to their squatty place on the porcelain plastic throne. Then there’s the problem of aim. By some bizarre design failure, the sliding lid and its subsequent black hole into the unknown is approximately half the size of the entire seat, positioned for convenient access at the rear. It requires some gymnastics for folks with stubs for legs (like me). Due to my height impediment, I have to launch myself backwards onto this thing like a high-jumping Olympic gold-medalist just to line up with its trap door. It’s an exercise of faith (and of the quadriceps) that I never imagined myself enduring.

If the top lid isn’t closed after a trip to the loo, its ‘contents’ attract black flies. Imagine opening up the door to the outhouse and stepping into a cloud of them, buzzing around you with vehement, yet you are temporarily immobilized in a confined space with no other option but to surrender to the loathsome beasts landing on you.

Surely though, it couldn’t get worse…right?!

Enter the mosquitos. It’s quite a vulnerable position to be in whilst under attack, but these retched creatures fight dirty, often striking below the belt, the absolute worst place to suffer a mosquito bite. The trick, I’ve found, is to get in and get out as quickly as possible. Sometimes I imagine I’m a contestant on a game show: “Start the clock….and go!”. There’s no time for dawdling or admiring the view when the enemy is preparing an Apollo 11-style landing on the moon: one giant leap for mosquito kind indeed.

Last week, I had an evening beer, a liquid dessert of sorts, which prompted an urgent awakening after midnight. I clambered out of bed, donned my headlamp (a fashionable, strap-on flashlight, not too unlike those I imagine a miner might wear underground) and set out into the night. I didn’t take note of the moon or stars, but instead bolted across the field, my eyelet night gown trailing behind me as I stumbled over running shoes I hadn’t entirely slid on. Half asleep, I was still wearing earplugs and the profound silence of the night had an eery undertone, as if I couldn’t sense what might be insidiously lurking around the corner. I was in and out of the outhouse and back to bed in mere minutes, a record-breaking time score.

The hand sink is another mosquito red zone from the water run-off, creating an insect oasis. Curiously, of all the places they could bite me as I wash my hands, quite furiously might I add after an outhouse encounter, I often end up with bites on my hands. Of all the fleshy bits they could sample, they choose my knuckles?!

I have to say Ontario mosquitos are some of the most vicious I’ve experienced. Thankfully, we don’t need to worry about malaria in this part of the world, but nonetheless my skin reacts horrendously here, though it was far worse in my childhood. During one fateful cottage trip, I recall a mosquito bite next to my eye caused it to swell entirely shut. I soldiered on, in the way young children often do, making the best of such situations without the entitled, self-righteous complaining and weariness that adulthood seems to warrant. I proudly boasted with excitement that I didn’t have to bother closing my eye whilst swimming in the lake! Who needs goggles anyways?

After a few weeks of using the plastic contraption inside the outhouse, I could in no way understand how it actually composts its contents. Perhaps my interest stemmed from intrigue in the tiny life movement, and the reality of such facilities being part and parcel to the Bunkie lifestyle. More frankly, maybe it boiled down to the fact that I’m a researcher at heart with an underlying need to understand the inner workings of everything, ranging from the human mind to a composting squatter. Eventually, my curiosity got the best of me, and I launched a full-blown investigation into this very important fecal matter.

The truth was in a bucket.

I had discovered what appeared to be a poop transportation device behind the outhouse. In plain terms, it was a bucket. I drew this conclusion for reasons I’ll let your imagination conjure, but what really hit home for me was the pair of elbow-length, lemon-yellow, rubber gloves set aside.

Could it really be that they reach into the can to remove its vile contents?

With no flush, no water, and no undercarriage to suggest a built-in composter, I concluded the outhouse maintenance must involve manual removal via the unidentified and rather suspicious bucket: not a job for the faint of heart.

Days later, I sat parked on my front porch in the shade, attempting to cool my body temperature from the record-breaking heatwave we’d been having. With thermometers peaking at 40 degrees Celsius, I was immobilized like one of those oversized lizards sprawled out on a rock. You know the ones I mean? Well actually, I think they’re dragons, though not really because dragons don’t exist, but their name I mean; they’re called a dragon of some sort, not that I’m an expert, I don’t particularly care for lizards or dragons.

Right, back to the point: it was hotter than Hades. I occasionally flicked my tongue to catch the beads of sweat accumulating on my upper lip and scanned my eyes across the parched horizon in a blank, heat-induced, reptilian gaze.

Suddenly, my eyes tracked a yellow target. It was moving!

It was unmistakably the farm owner, elbows deep in lemon rubber gloves, waddling across the lawn, cautiously edging forward in the wide-stepped way one moves when the object they’re carrying is both heavy and risks over-flowing. He was headed for the woods.

You see, the farm boasts a 3-acre stretch of land; a mix of wild woods and cultivated, habitable guest space. At the edge of the manicured lawn where my Bunkie is positioned, there is a signpost marking the opening of a trail which leads to a secret garden. The garden isn’t really such a secret, since there’s a sign advertising its existence and exact location, but I digress, it’s a peaceful and serene green space sheltered from the sun by a canopy of tall trees. I walked there during my first day on the farm, admiring a wide, canvas hammock swinging in the wind beside a small wooden deck; a spot I imagined might make for a nice reading nook or meditation platform amongst the monarchs and hummingbirds who frequented the area (though that idea was quickly kiboshed by the hordes of mosquitos that devoured me. I’ve never understood how those meditation gurus allow mosquitos to savour upon their skin whilst continuing to fall deeper and deeper into the confines of their subconscious mind. I become squeamish at the mere sound of buzzing in my ear, jumping and slapping, always too late mind-you; the tiny bites promptly engorging to the size of summer ripened cherries). Anyways, back to the secret-but-not-so-secret garden: along its edges, I noticed blooms of the most beautiful flowers! There were bushes of vibrant marigolds and lush ivory perennials, mixed with wildflowers and roses alike.

As my gaze followed the man headed for the woods, I recognized with a flash, the bucket he was precariously balancing. Suddenly the mystery of the composting toilet was illuminated; it couldn’t be any clearer to me if I’d shone my hands-free, head-strappable flashlight.

And so, I close this investigation and file away the following evidence: one plastic bucket and a pair of soiled, lemon-yellow gloves. The composting toilet is evidently not what it claims to be, with such matters of the fecal kind taking place at a dumping ground buried deep in the woods, a rather unsuspecting and unsuspicious waste zone. Who could fathom such truths would be unearthed from the secret garden, and what other classified information might it be privy to?

Alas, another day and another mystery solved, though this investigation truly adds a whole new meaning to the phrase ‘stop and smell the roses.’

More accurately, as OutKast coined in his chart-topping hit, lean a little ‘bit closer, see that roses really smell like ……… 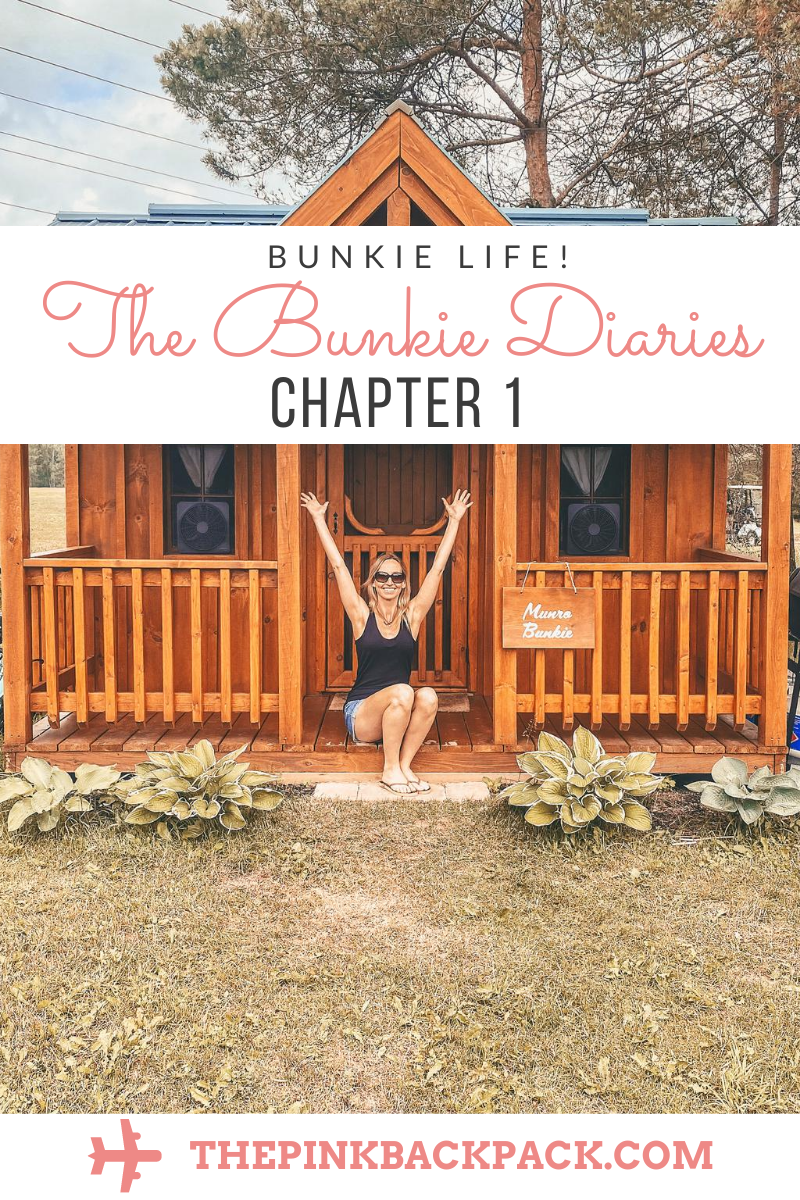 Jo said:
Stephanie, you are amazing. I do not know how you do it. Enjoy reading about your adventures.
Janis and Patrick Boyle said:
Hilarious post Steph!! It paints some very vivid pictures for your readers.