Bucharest, Romania: A Tour of the World’s Heaviest Structure

Romania has been fighting for decades to step out of the shadows that its communist dictator Nicolae Ceausescu cast. Though communism and violence ended with the revolution nearly 30 years ago, the lasting impacts on Romania and its capital Bucharest have been stark. This in combination with the tumultuous political environment in Romania’s Northern neighbour Ukraine, have had long-lasting, damaging impacts on the nation’s image – particularly so when it comes to its tourism. When Eastern European tourism did make a comeback, countries such as Croatia and Hungary became fan favourites, leaving Romania in yet another shadow. In this sense, Romania has been an underdog travel destination for quite some time; a hidden gem waiting for tourists who are adventurous enough to keep heading East.

But all this is changing with Romania’s capital city of Bucharest quickly becoming one of the upcoming destinations in the spotlight for 2017 in the travel and influencer community. To better understand how the city today has become such a diverse and alternative urban space, I took the ‘communist tour’ in Bucharest, offered by Authentic Romania.

The tour offers unique insights to Romanian society, both past and present by guiding you through the Parliament building while also painting a historic picture of the more difficult times of communism. Beyond first appearances of the structure’s enormous size and flashy embellishments, it is really the history that makes a trip to the parliament building worth-while. 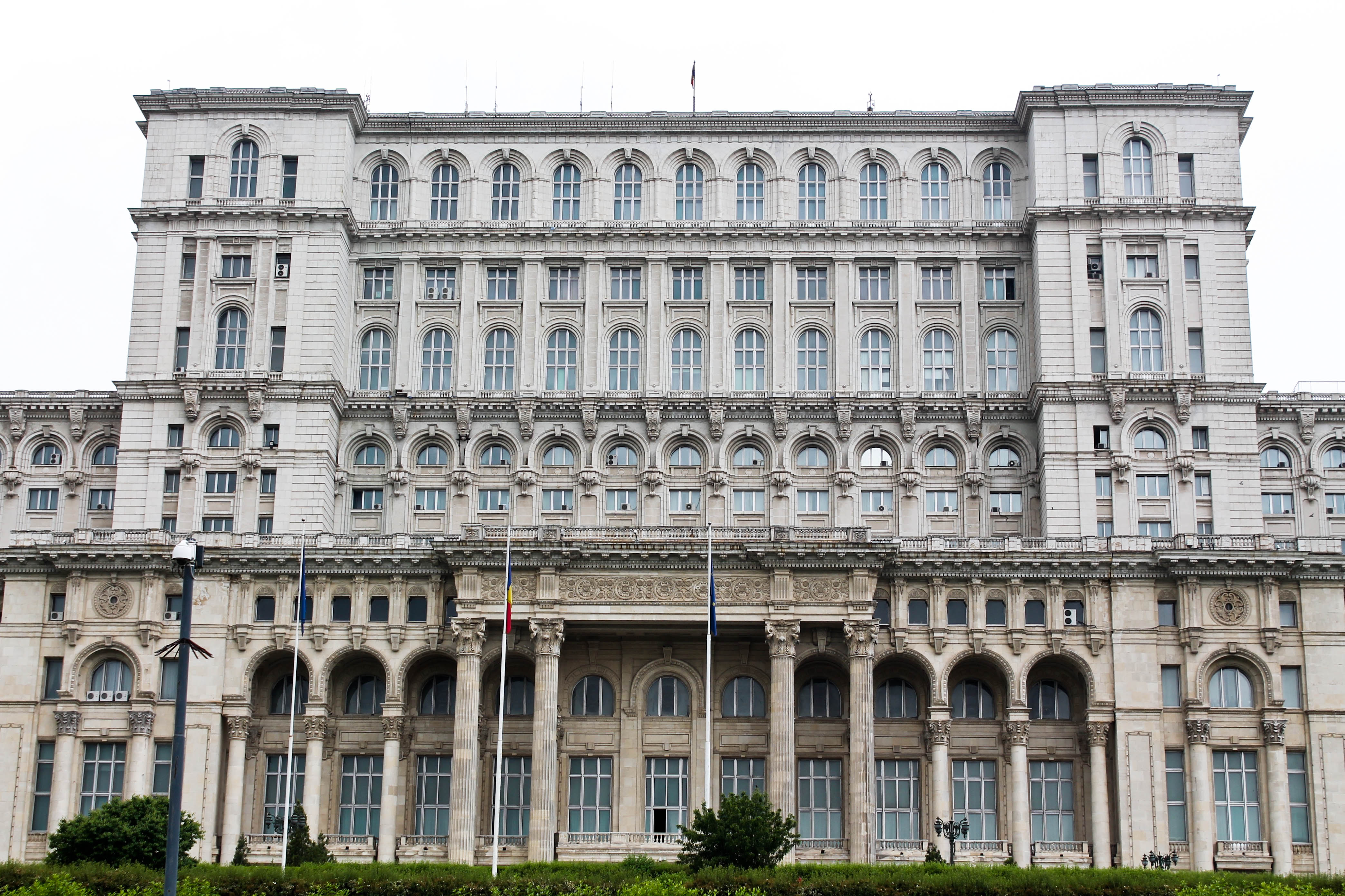 Visiting Bucharest? | 10 Ways Bucharest will Blow You Away 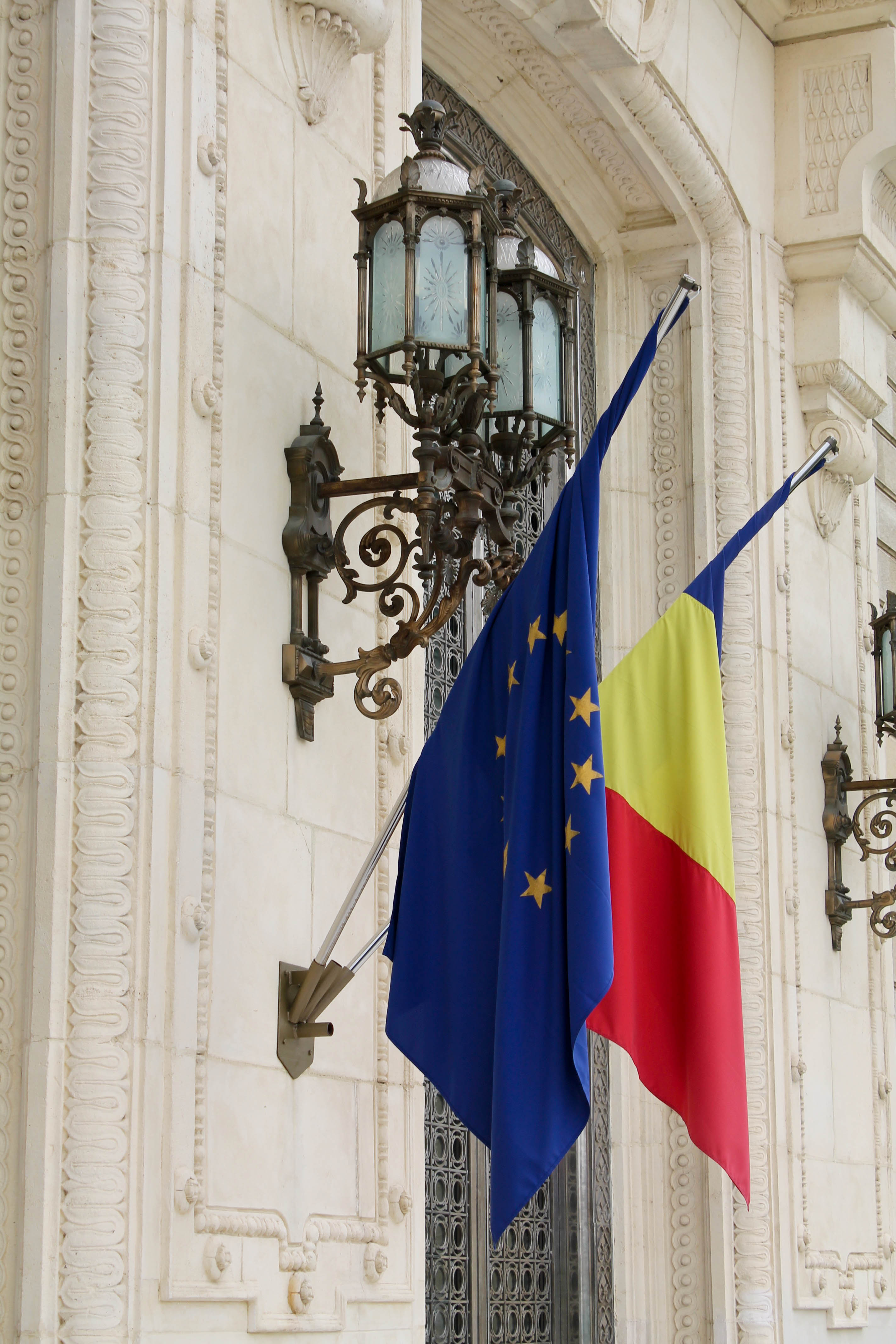 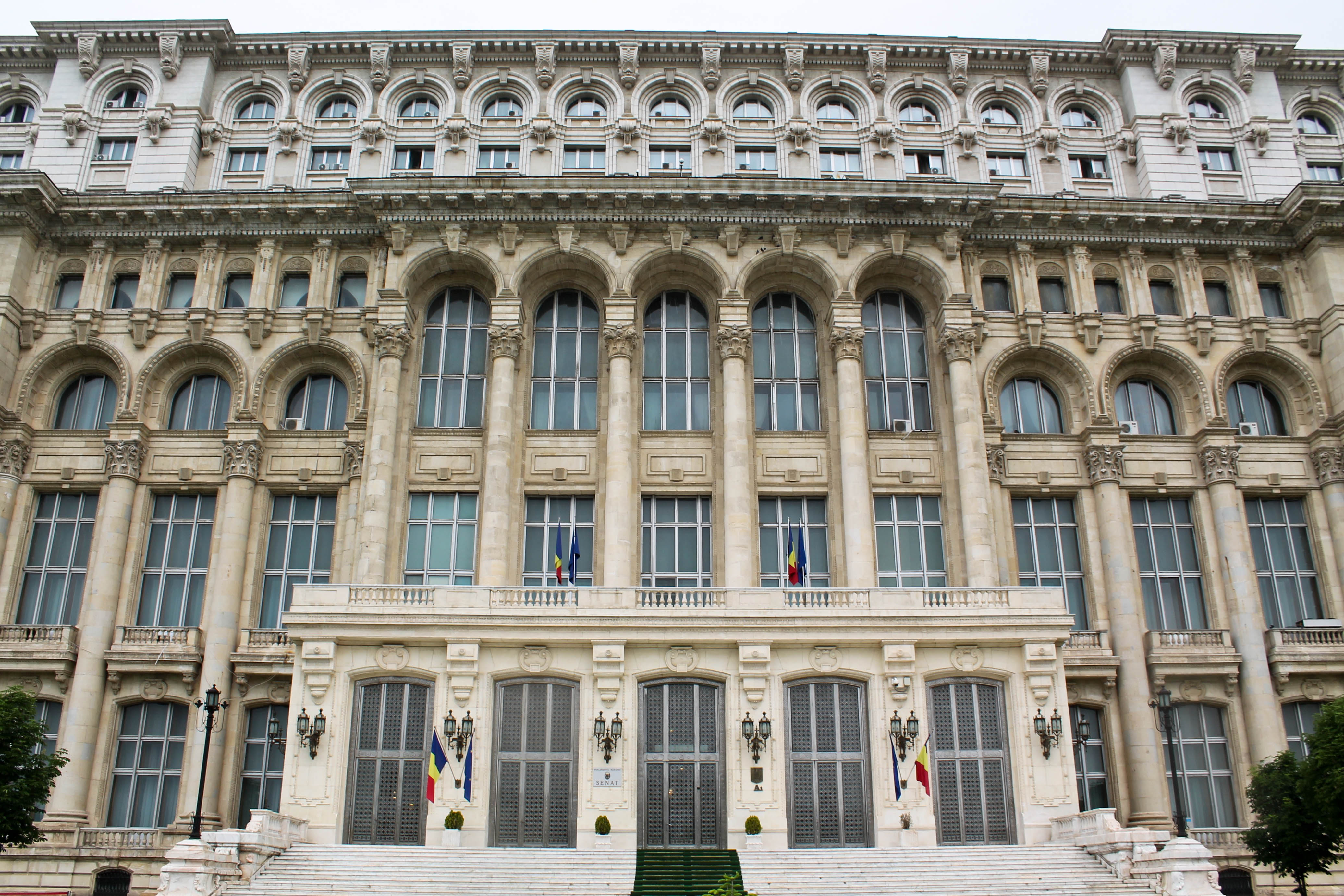 Understanding Bucharest through its Communist Past

Ceausecu, a man of modest background, was elected head of the council of state in Romania’s Communism party in 1965. This minimalistic upbringing perhaps contributed to his thirst for power and luxury, which was apparent in his many grandiose infrastructure projects. While he was spending a fortune to commission apartment blocks inspired from his time spent in North Korea and the 365,000-square meter Parliament Palace building, the Romanian people were suffering food shortages and military intimidation.

As a result of his obsession, today the Parliament palace is known as the world’s second heaviest structure (second to the Pentagon in the United States), taking close to a decade to complete. The building is so large that its utility bills are estimated at 8-12 million euro per year and its energy usage could power a town of 400,000 people. 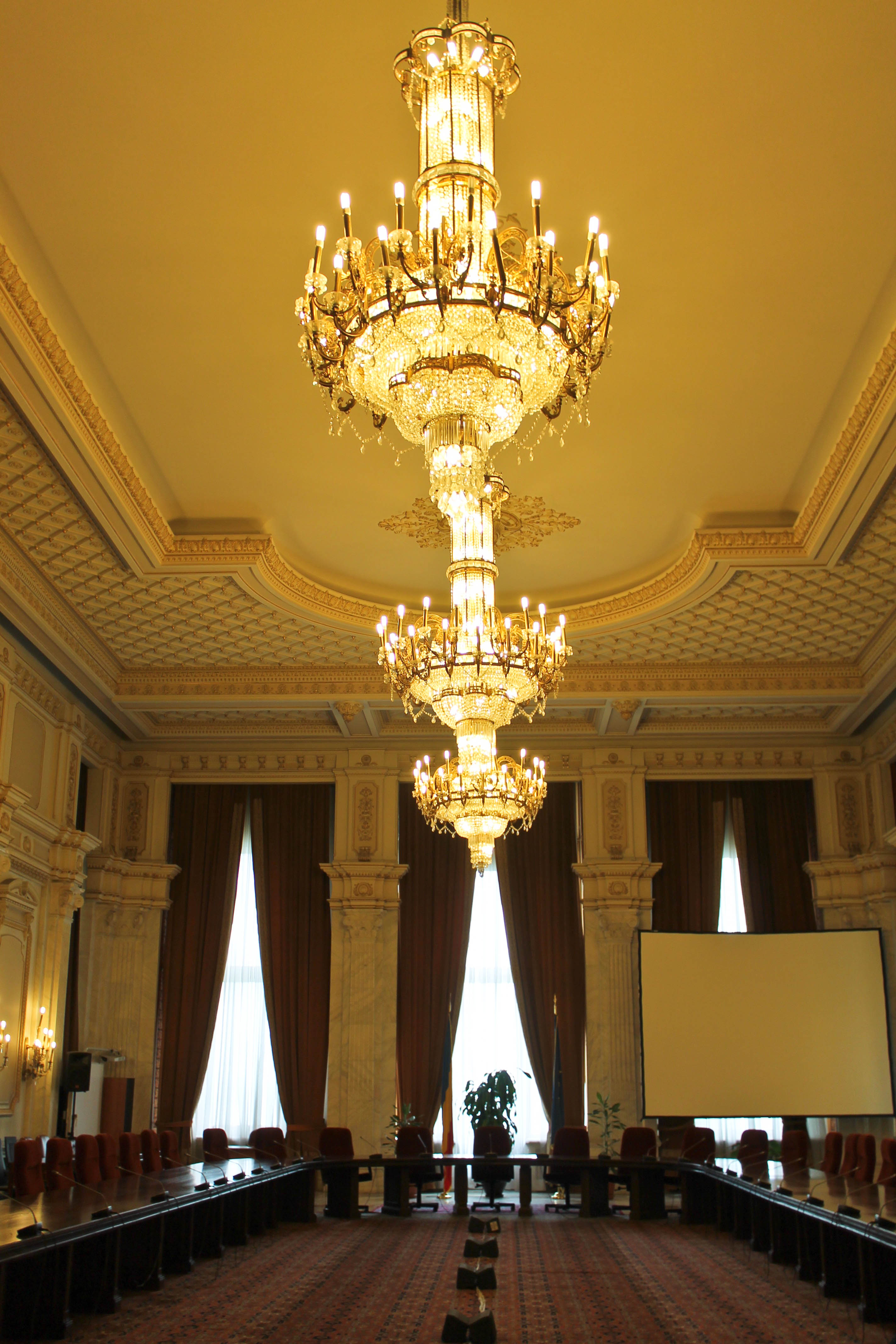 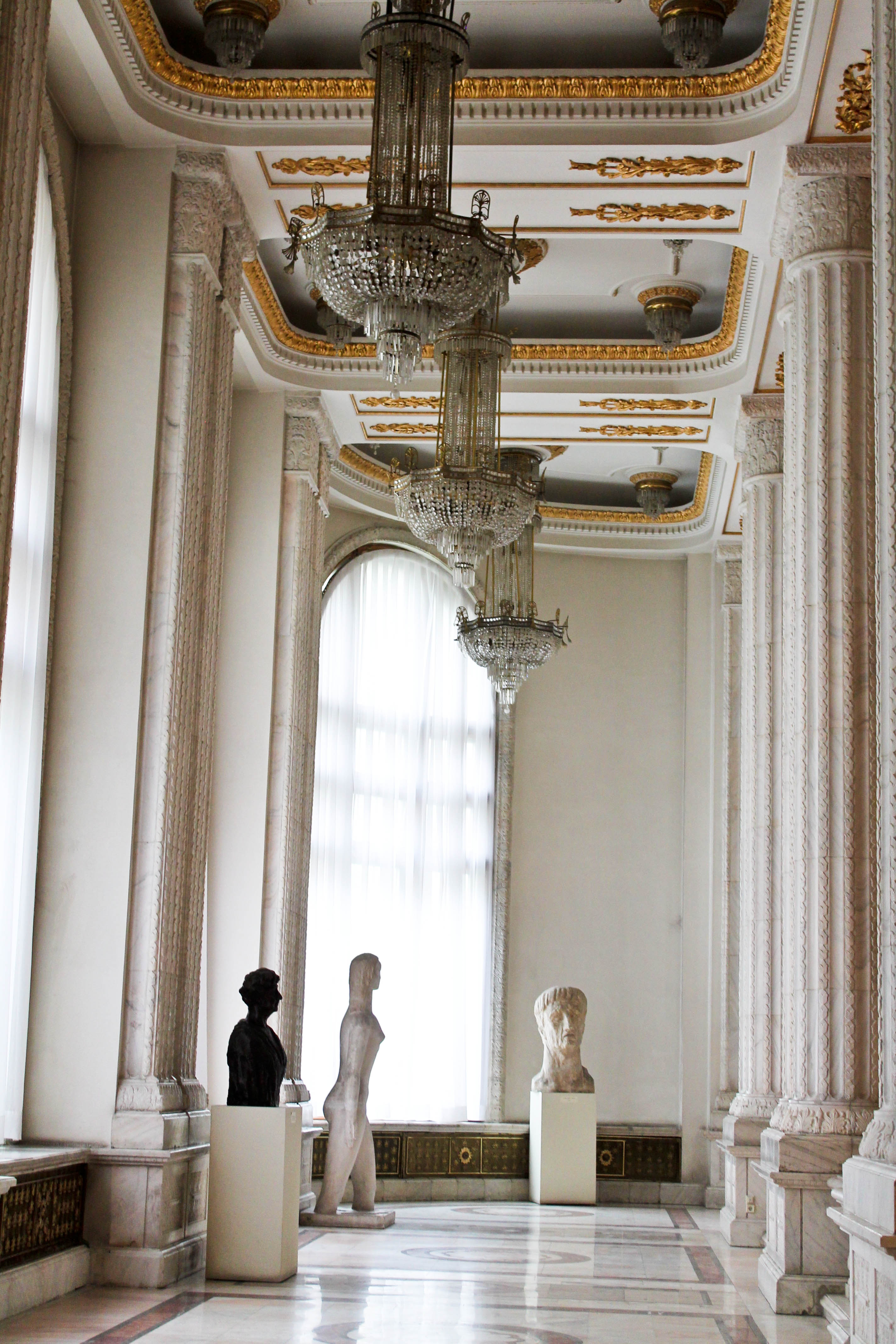 There is no doubt that the palace is stunning

The building’s staggering size and beauty will leave you in awe, while the obscene lengths Ceausescu went to build it may leave you stunned. To be exact, the parliament building contains 350 tons of crystal, 220,000 square meters of carpet and 1 million cubic meters of marble. Its entrance stairs are modelled after the winter palace in St. Petersburg, Russia, while its upper level houses the largest carpet in the world, weighing in at 4 tons and requiring at least 35 people to move it.

It is interesting to note that the palace was built entirely with Romanian materials, requiring several factories to be constructed within the nation specifically for its production. The dictator behind the blueprints not only enforced most of the adult population to be involved with the project, but he even mandated that children worked. School children were responsible to care for silk worms, which produced the silk for the palace’s wall paper. 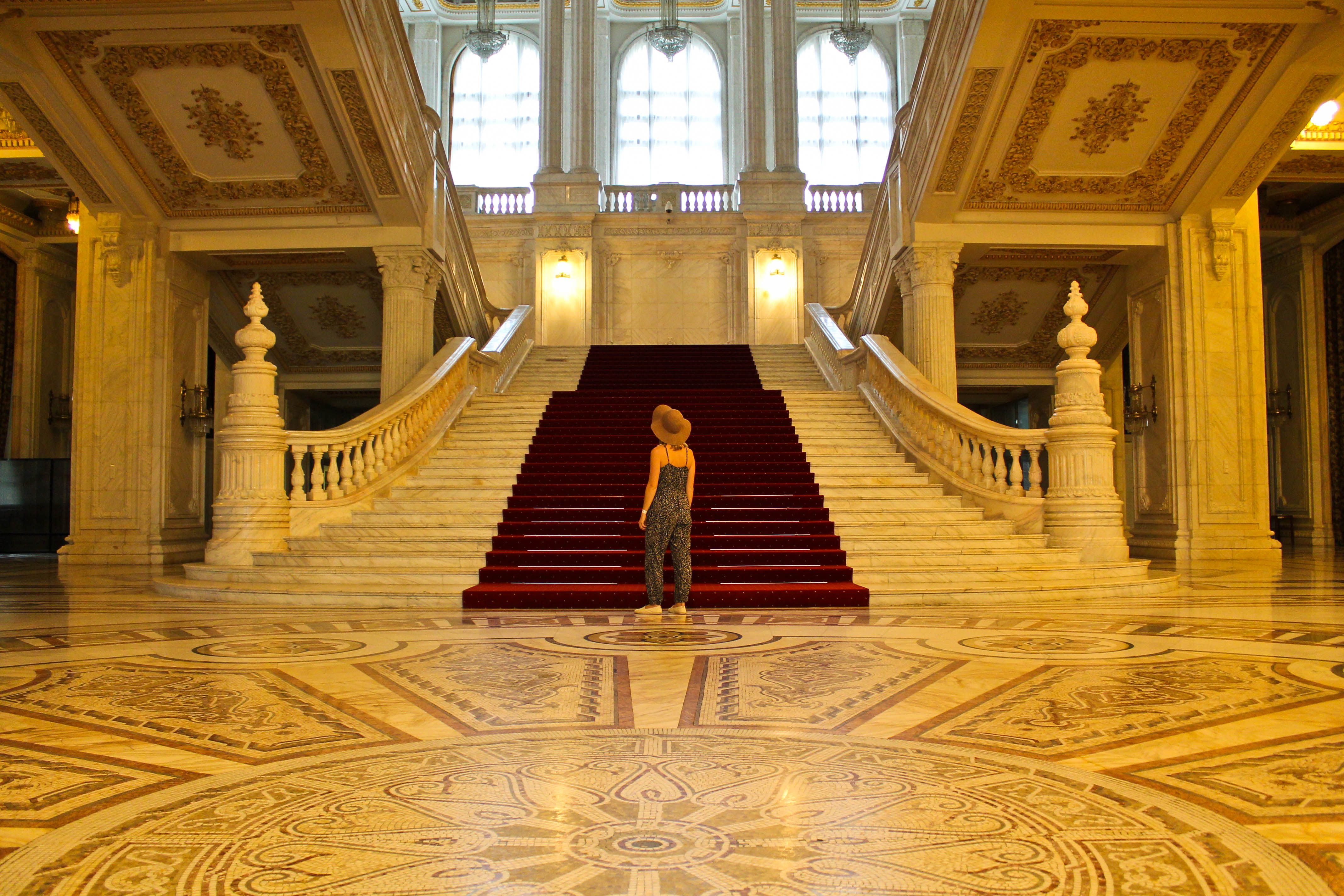 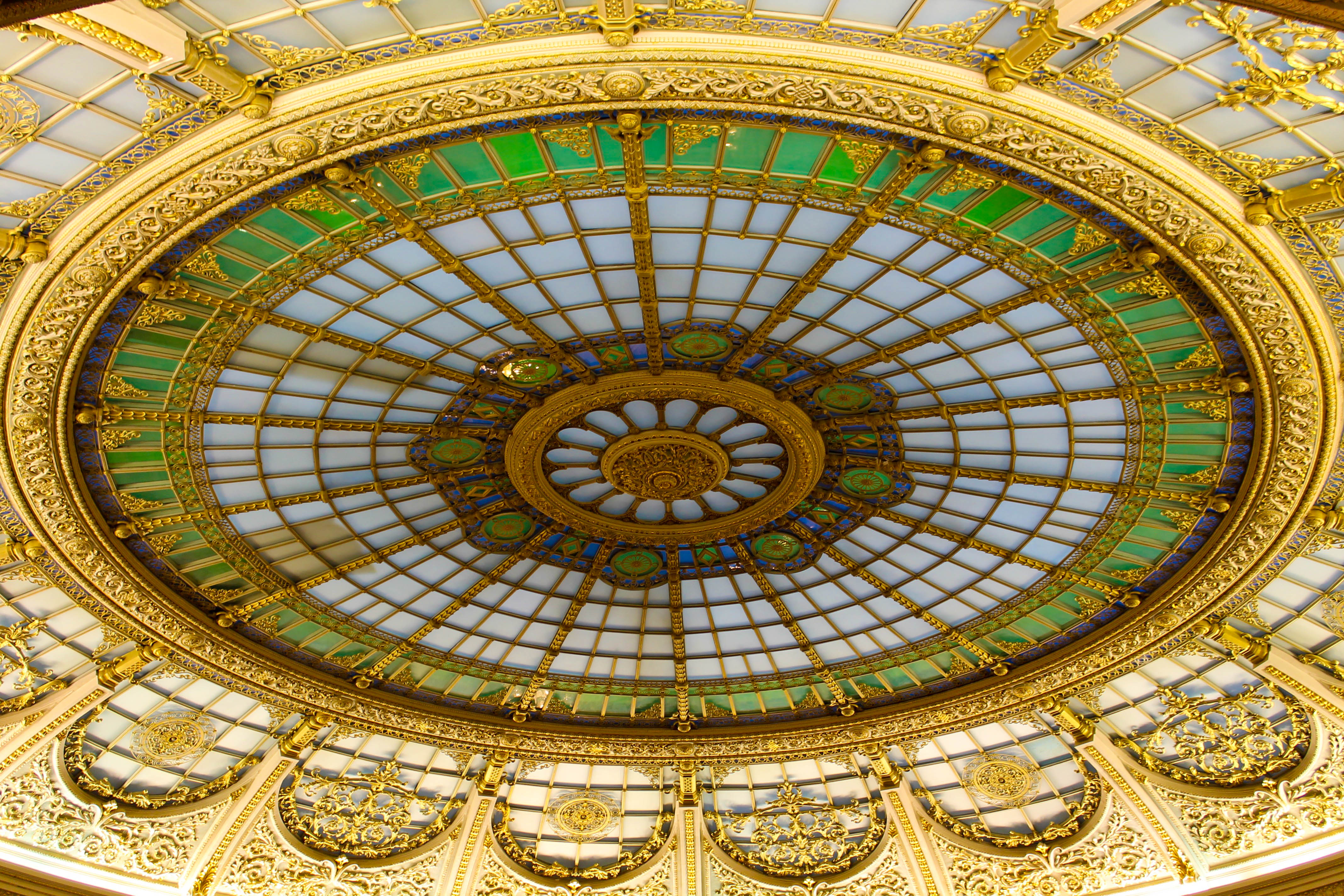 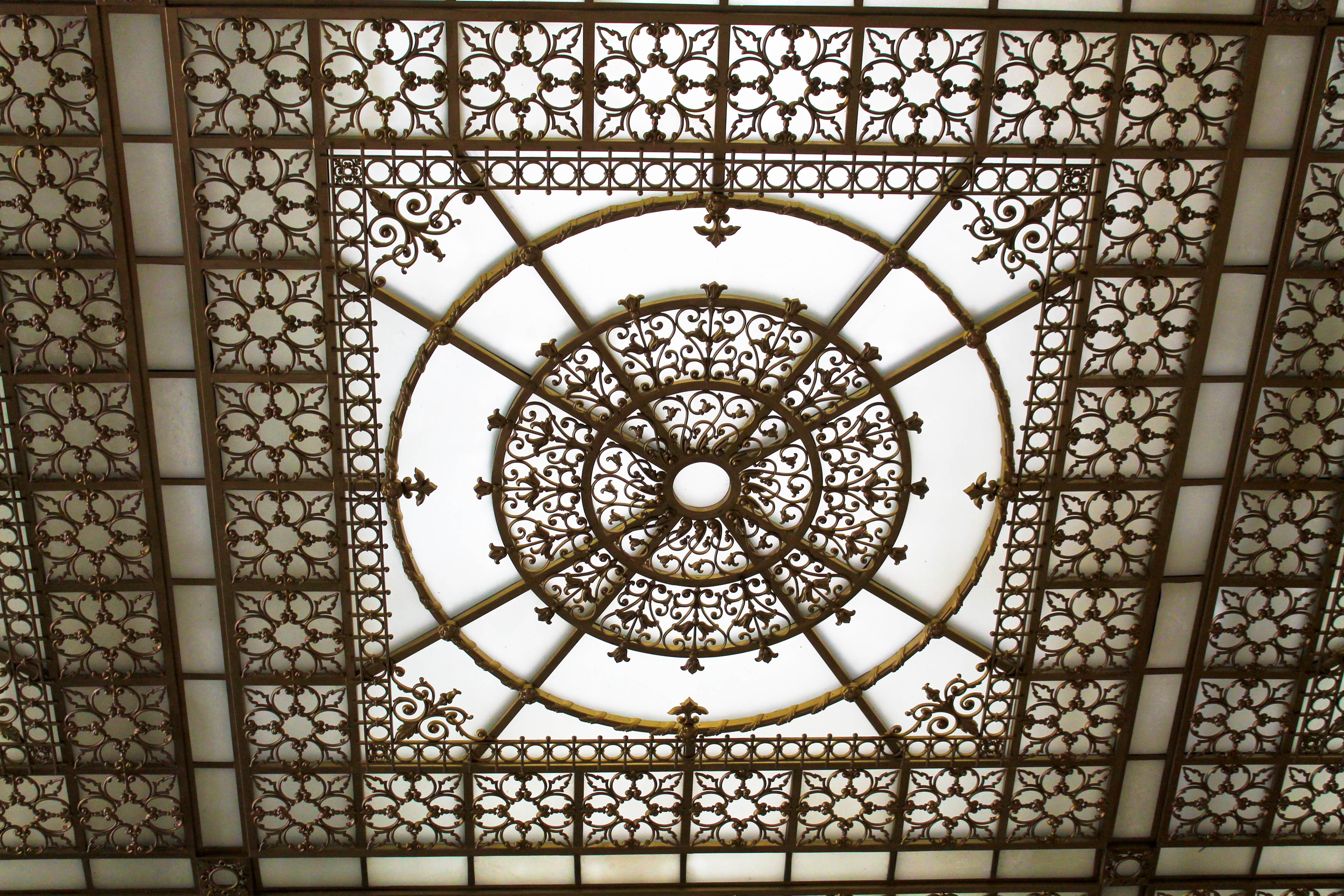 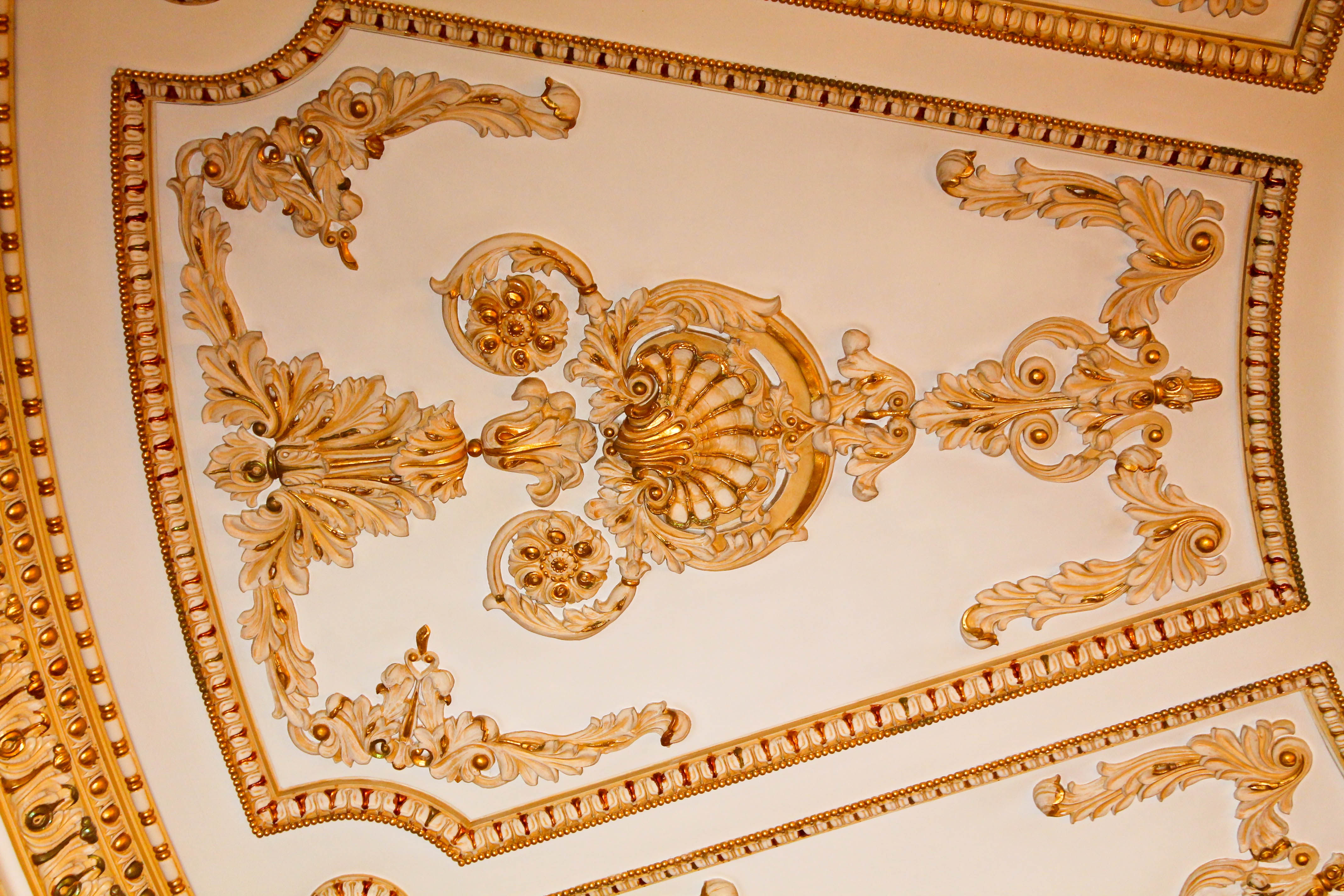 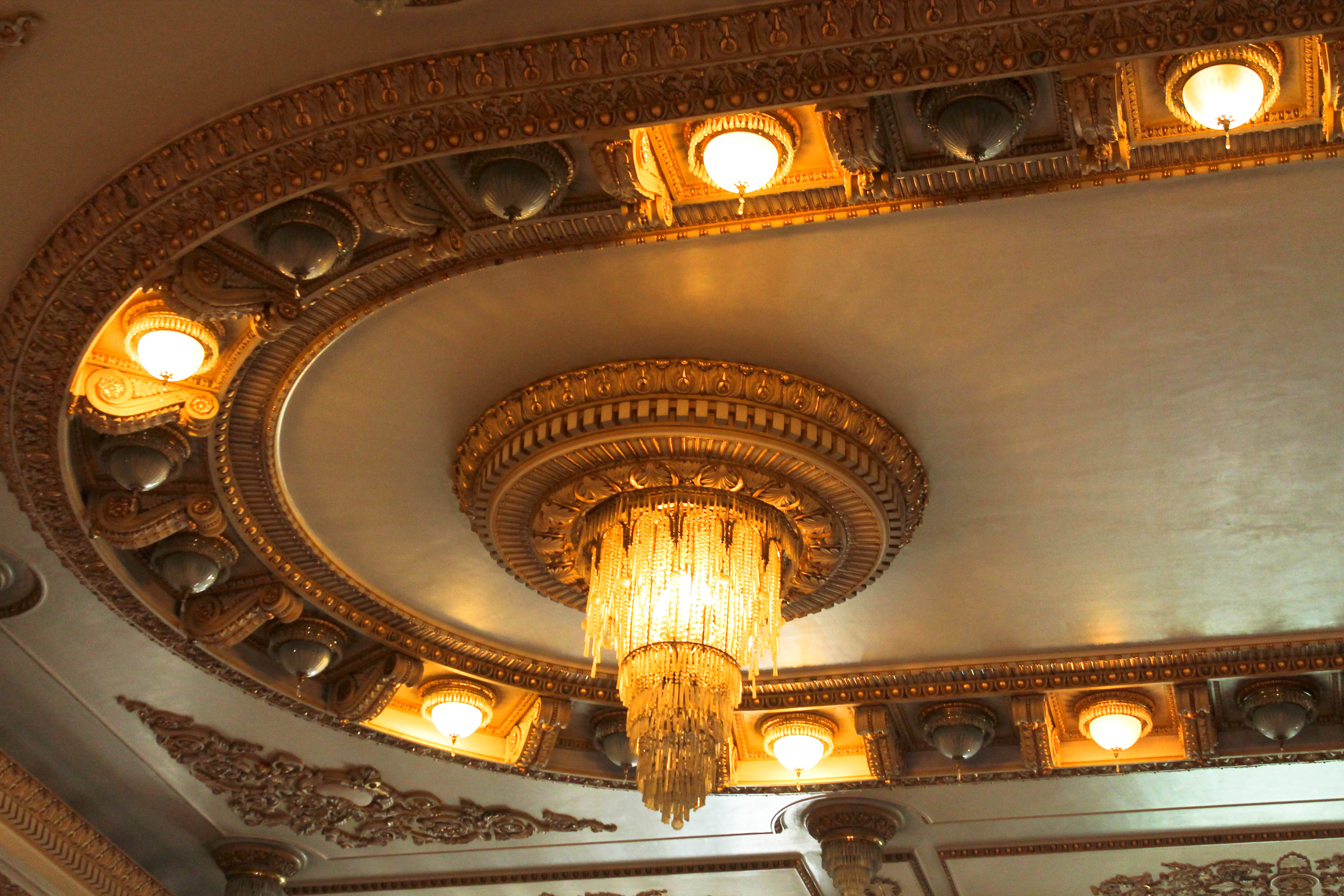 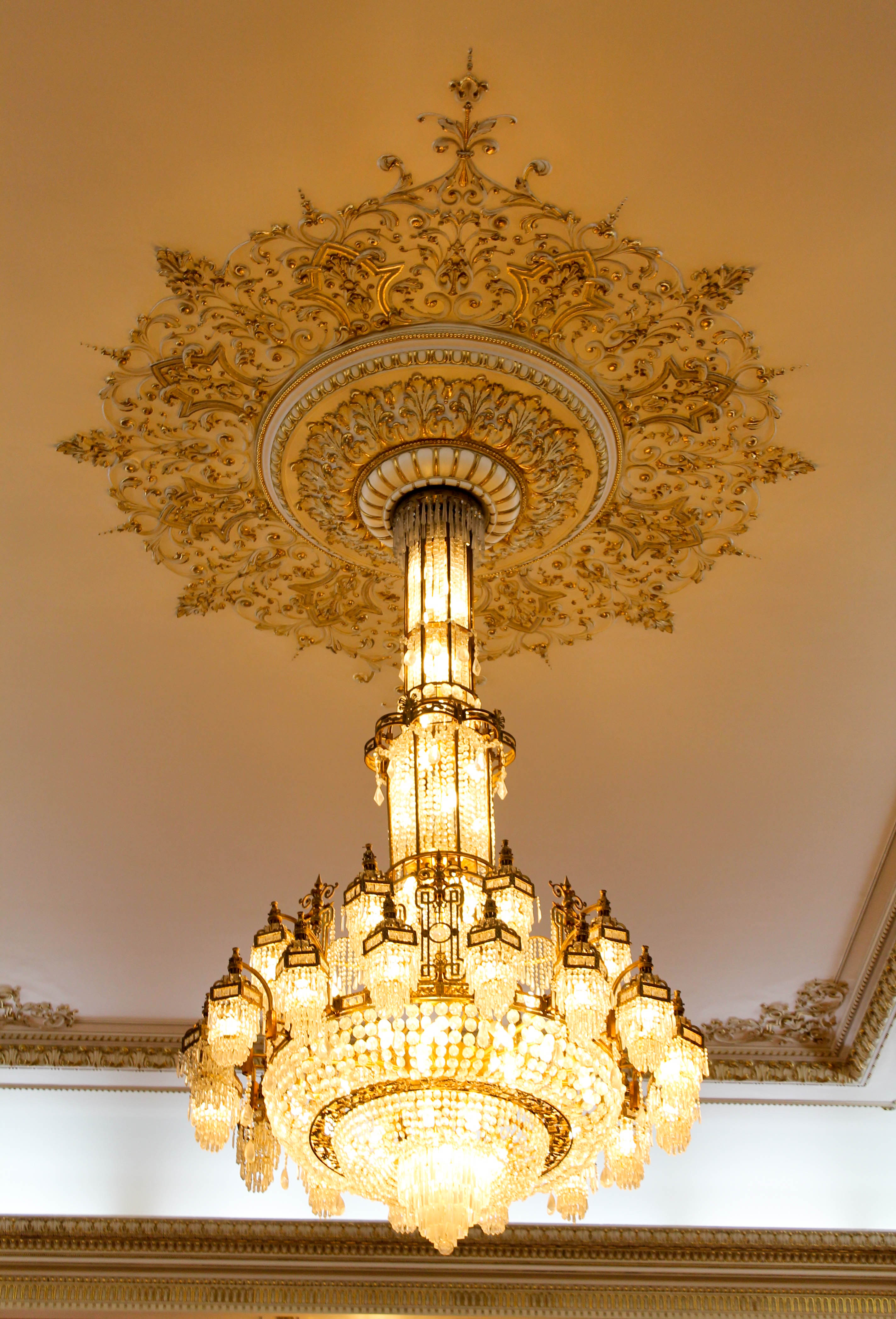 Ironically, Ceausescu did not get to live in his grandiose palace as planned when the violent revolution led to his execution and the end of communism in 1989. Today the communistic style buildings and the parliament palace still stand as stoic architectural reminders of the communist regime. Yet there is a palpable resistance between the scars of darker times and a more modern uprising. Bucharest is exploding with alternative and edgy art, bright shops and funky cafes, diverse restaurants and lively lounges. It’s like a curtain has been drawn back to allow in fresh sunlight. Nearly 30 years later, Bucharest is finally stepping out of its communist shadows and into the spot light – and the travel community couldn’t be more excited. 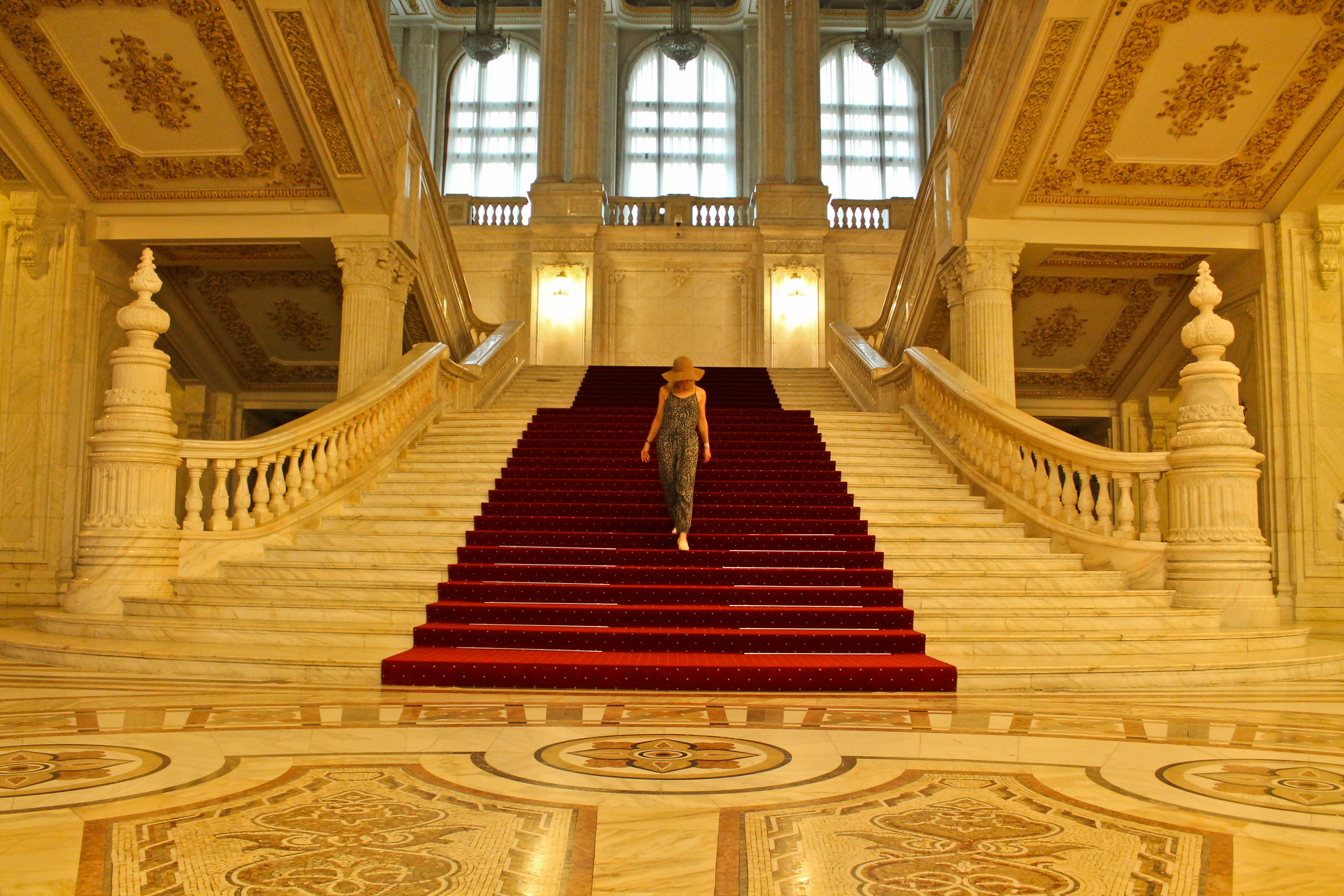 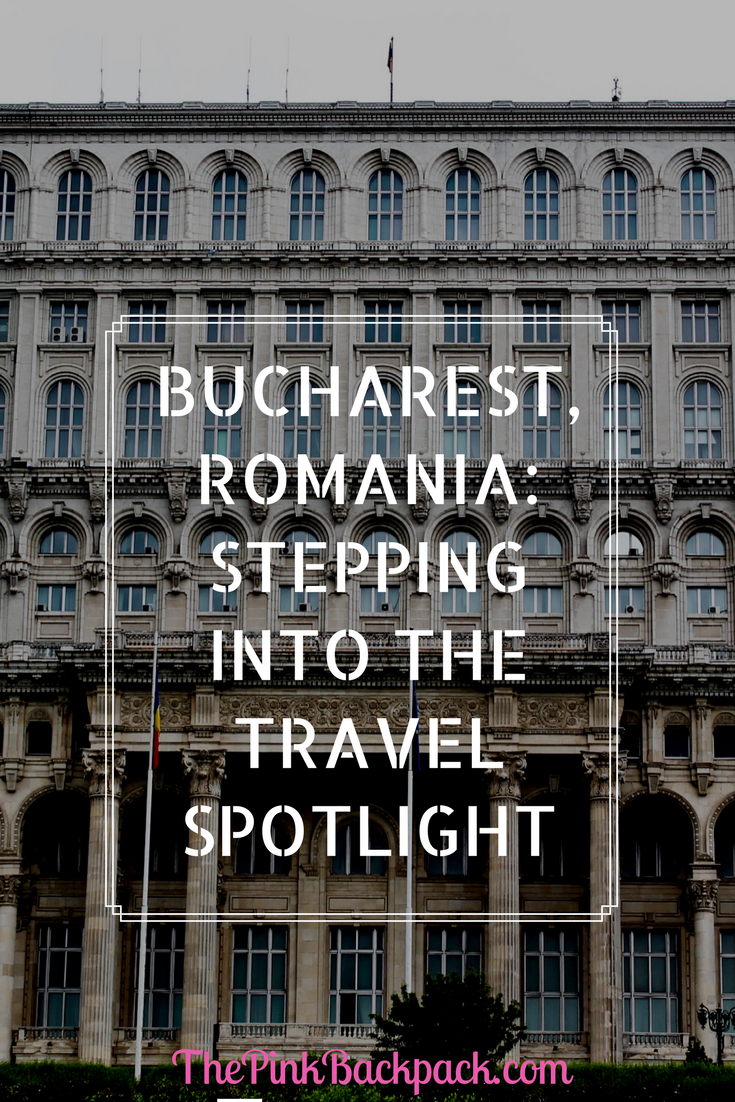 10 Ways Bucharest will Blow You Away

thepinkbackpack.com said:
Hi Luminita, yes it is quite a drastic contrast between such a grand building and its dark past. It was great to receive the tour and history from an older local woman who was able to shed light onto the less happier times from a first hand perspective, otherwise tourists are often clueless to this information. Since I love architecture, I was naturally drawn to the building but after learning about the history and from hearing feedback from readers like yourself, it is definitely something I feel torn about.
Luminita said:
Hi Steph! The Parliament Palace is one fo the most controversial sights in Romania, I think. On one hand, it's certainly impressive and it attracts a lot of tourists, but on the other hand it reminds us Romanians of less happier times during Communism, so I think it's only natural to be torn about it. But it is nice, at least for a visit, what's true is true.
Kate said:
So much fascinating history. I've always wanted to visit and am now convinced that I must with all the historic significance and incredible architecture.
Rahul Khurana said:
The Parliament really looks loke a 7-star hotel or a rich museum. The architecture of the building looks so amazing. I am sure the dictator had put in a lot of money in building this and it must have been a hard time for people working then. It's good to know about the history of this place. Happy that travellers can now experience Bucharest better than ever. :)
Kelly said:
Very interesting aricle. I love how you tied in some histroy to help explain why this palace was created and where it came from. Also kind of ironic that he never got to stay here.
Miranda said:
Lately, I have seen more and more beautiful images of Romania and yours are stunning!! I love that you got close shots to really get the detailed beauty of the Parliament building!
DebbZie Leksono said:
I've been wanting to explore Romania for ages because I really want to visit the Bran Castle. Sounds weird but Dracula was my favourite movie when I was a kid, lol. I'm planning to visit Romania in autumn this year (keep my fingers crossed). Thanks for sharing the info. I'd definitely checking out this place too! :)
Cris said:
Ugh, that place. For a Romanian, it's everything Ceausescu did WRONG. Oh wait, he was a dictator, of course, he did everything wrong. I couldn't stomach visiting the place. I've been in Bucharest many times but always decided to give it a pass. Fun fact: I was in Bucharest, as a child, in June 1989, and they were still building this ugliness...there was police guarding the sidewalk and they instructed us to go on the opposite sidewalk as we are not...allowed to watch.
Jean said:
Oh this looks so beautiful. Such beautiful buildings full of history. Your photos are making me want to pack my bag and go right now. Glad that you enjoyed Experience Budapest.